HomeNewsSam Fender, Wet Leg, Self Esteem and more to perform at 2022...
News 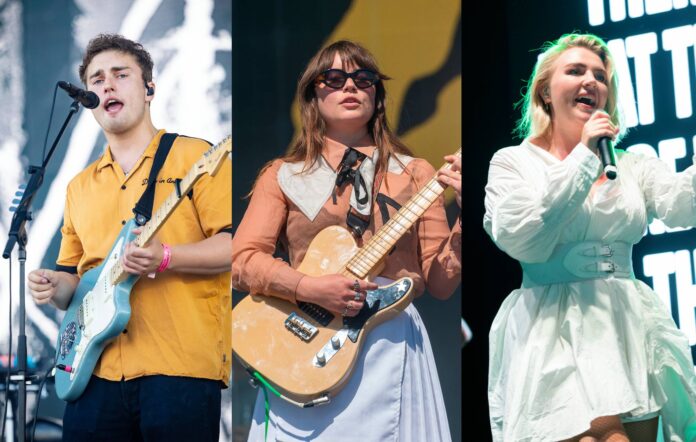 Sam Fender, Wet Leg, Self Esteem and more are all set to perform at next month’s 2022 Mercury Prize ceremony in London.

READ MORE: Mercury Prize 2022: why each nominee deserves to win

Last month (July 26), the 12 albums that have been shortlisted for the Album Of The Year award were announced, including Harry Styles’ ‘Harry’s House’, Little Simz’s ‘Sometimes I Might be Introvert’, Sam Fender’s ‘Seventeen Going Under’, Wet Leg’s self-titled album and Yard Act’s ‘The Overload’.

11 of the 12 nominees have now been confirmed to perform live at the September 8 ceremony at London’s Eventim Apollo in Hammersmith. Only Harry Styles is unable to attend, and will instead pre-record a special performance that will be broadcast at the ceremony.

The 2022 Mercury Prize ceremony will be hosted by Lauren Laverne and broadcast on BBC Four from 9pm-10.15pm BST. Radio coverage will be available on BBC Radio 6 Music from 7pm-midnight.

Tickets for the ceremony are available here.

Each of the artists will perform one track from their shortlisted album.

Harry Styles will be on a major US tour in September and will be unable to attend the Awards Show. #MercuryPrize

At the red carpet on 2022 Mercury Prize nominations day, NME spoke to a host of the nominated artists about their albums and what being nominated for the prestigious prize means.

“I’m not being coy, but I can’t believe what’s happened,” Self Esteem told NME. ‘I’d really made my peace with being consistently underground and under-dogged. Something has happened where people have connected to [the album]. It’s still kind of a slow-burn and slowly growing – it’s not like my life has changed overnight – but my greatest joy is making music.”

Asked what the Mercury Prize shortlist says about music in 2022, Yard Act guitarist Sam Shjipstone replied: “There’s quite a lot of guitar music on it, which is quite weird. People are finally realising that the guitar is the greatest instrument ever made!”

Bassist Ryan Needham added: “There’s quite a lot of rage and unrest lyrically across the whole thing, which is nice to see. It just kind of reflects the general vibe of the country and probably the world.”

Last year, Arlo Parks walked away with the 2021 Mercury Prize for her album ‘Collapsed In Sunbeams’.

The post Sam Fender, Wet Leg, Self Esteem and more to perform at 2022 Mercury Prize ceremony appeared first on NME.