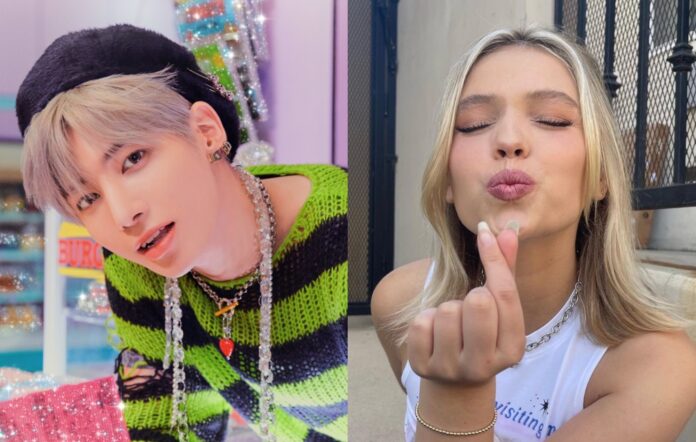 Salem Ilese has opened up about her experience collaborating with Tomorrow X Together (TXT) on her new single ‘PS5’.

The American singer-songwriter had originally teased the track on TikTok prior to its release, and at the time, the song had only featured vocals from her. But for the final version, she reached out to Yeonjun and Taehyun of TXT, who she had previously worked with on the boyband’s 2021 viral hit ‘Anti-Romantic’.

“It was so great getting to collaborate again with Yeonjun and Taehyun,” Ilese told Consequence. “When it came time to get a feature on ‘PS5,’ I reached out to see if they would do it. I was so honoured they said yes and their verse turned out to be the perfect addition to the song.”

Meanwhile, Yeonjun and Taehyun said that they felt “very lucky” to have the “opportunity to sing in multiple languages”, having recorded their verse in English. “Salem created an irresistibly ear-catching, addictive song and it’s certain a lot of us will be playing the song on repeat,” they added.

‘PS5’, which was also produced by DJ Alan Walker, will appear on Ilese’s new EP ‘Unsponsored Content’, due out today (February 25). Aside from ‘Anti-Romantic’ and her own 2020 track ‘Mad At Disney’, Ilese has penned several other TikTok viral songs, such as Bella Poarch’s ‘Build a Bitch’.

n other TXT news, vocalist Hueningkai recently released a cover of Canadian singer Avril Lavigne’s early-2000s hit ‘Sk8er Boi’, shortly after Lavigne recently responded to a tweet by the idol, where he referenced the track.