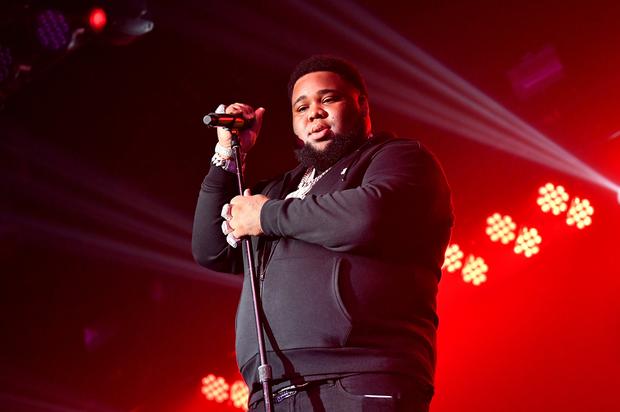 Artists will do just about anything to promote their releases. We’ve seen entertainers take to social media to pick fights with their peers or even manufacture a “beef” in order to sell records. Promotion tours often involve sitting down for interviews, and sometimes, rappers will make shocking revelations that bolster sales. Then, there is always the option of using specialty, limited edition products, much like the drinks found at a market that featured Rod Wave.

The singer-rapper recently released his album, Beautiful Mind, and a photo went viral showing that Rod had a new beverage on the market.’

An image of “Wave Water” has circulated, showing a can of apparent water that hosts a photo of the Florida artist. According to DJ Akademiks, this product has been popping up in multiple locations in New York City and has been marketed as a promotion for Beautiful Mind. It’s not far-fetched to believe that Wave and his team came up with the concept, but he took to social media to deny that he had anything to do with this.

“I did not make data corny ass sh*t,” Rod wrote. However, if it wasn’t him or his team, it’s unclear where Wave Water originated. Jokes about the product have been popping up, so check out Wave Water and Rod Wave’s response below.