HomeNewsRev. Al Sharpton Reveals He Only Eats One Meal Per Day
News

Rev. Al Sharpton Reveals He Only Eats One Meal Per Day 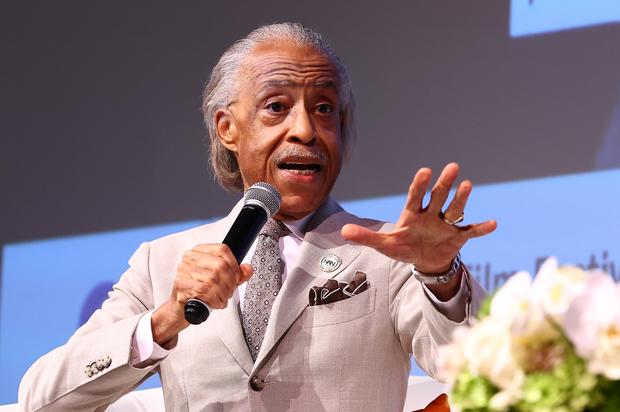 There was a time, over a decade ago, when Reverend Al Sharpton was overweight. The civil rights activist and religious leader decided to take matters into his own hands to shed a few pounds, and for years, he has maintained his thinner frame. However, the public was left stunned recently, after Sharpton told Page Six that his diet has consisted of the same meal that he only eats once a day.

Sharpton was reportedly at the famed eatery Sylvia’s in Harlem, celebrating with his daughter after she was eliminated from Clain to Fame, a reality show about people with famous relatives.

Page Six was able to speak with Sharpton briefly, and it was then that he revealed that about four years ago, he began his one-meal-per-day diet of “kale salad with boiled eggs, tomatoes, [and] cucumbers.” He added that he called ahead to the Soul Food restaurant to make sure he could bring in his own food, “’Cause I know they don’t have kale there.”

“I eat around noon every day, and that’s it. I have the salad and at night, I may have one slice of whole wheat toast because my doctor said I have to have some kind of protein,” he added. “But, we went over to Sylvia’s, and they ordered all the soul food they wanted and I ate my kale salad.”

Some have taken to social media to express concern while others don’t believe that the good Reverend is telling the truth.