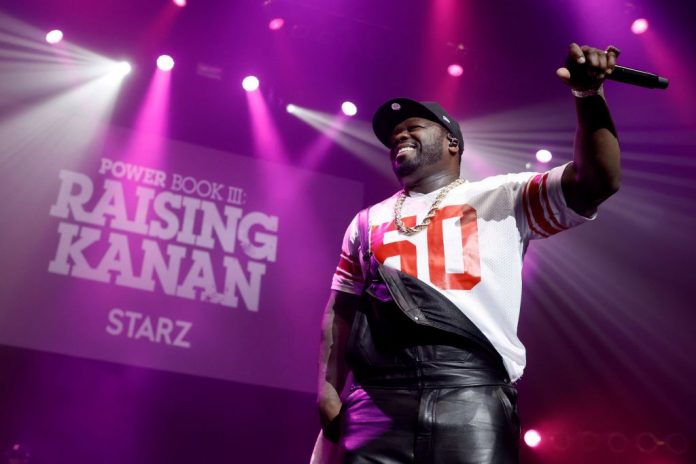 50 Cent uses the death of actor Michael K. Williams to promote his latest TV show and gets roasted by social media.

Yesterday, the world lost an icon in the form of Michael K. Williams, who was found dead in his NYC apartment after an alleged overdose. Williams was one of the most talented entertainers ever, starting his career as a backup dancer who was inspired by Janet Jackson. Most famously, we all fell in love with his portrayal of Omar Little in the hit show The Wire. Williams even blessed us just recently with his work on HBO’s hit show, Lovecraft Country.

To say he is loved by millions would be an understatement. Williams is a man who gave us his all and should be respected.

50 Cent, who is always a jokester and literally couldn’t read the room if he tried, is under fire for how he handled Michael’s passing. For some reason, 50 took to his Instagram to post a poor taste tribute while plugging his Starz show, which obviously didn’t go over well.

“Damn if you didn’t see Raising Kanan check it out that fentanyl is no joke, killing the clientele,” 50 wrote, before plugging his show,Power Book III: Raising Kanan.

We all know 50 thinks everything is a joke, but this ain’t it.

A post shared by The Neighborhood Talk, LLC (@theneighborhoodtalk)

50 soon deleted the Instagram post after being roasted by his followers, who were quick to point out how immature the post was. Other fans took to the comments to explain 50 Cent reportedly had beef with Michael over his friendship with the people who shot 50 over 9 times before his career started.

“Don’t ever try to understand me. I’m different. I don’t do all the fake love s–t,” he wrote under a throwback reference to his beef with Michael using a screenshot from Page Six.

The PageSix story 50 was referencing stems back to 2018 when Michael K. Williams defended incarcerated music executive James “Jimmy Henchman” Rosemond who was found guilty of hiring a hitman to kill one of 50’s friends.

When Michael debunked a rumor that Rosemond was assaulted in jail, 50 clapped back by posting photos of Williams’ gay sex scenes from “The Wire.”

“LOL Old Omar how much they pay you to play a punk PUNK. Mind your business da f - - k wrong wit you,” he captioned the images.