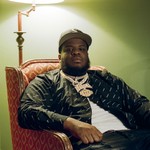 The spookiest day of the year is less than a week away and we’ve got some tracks that are sure to make your Halloween kickback one to remember. From the laid-back alt-energy of Sam Austins and Keshi to Maxo Kream’s latest gritty release alongside A$AP Rocky, we’ve got the tracks you’ll need to carry you through the next seven days.

Don’t forget to share the wealth with our Spotify playlist, linked below.

Featuring a haunting choral loop, Maxo Kream’s “STREETS ALONE,” from the Texas rapper’s latest album, Weight Of The World, captures a feeling of solitude tucked between thumping 808s and active percussion. Starting strong with a menacing feature from A$AP Rocky, the mic is seamlessly passed to Kream, who lays out witty lines slathered in his thick tone.

On “Say That,” Bronx rapper Don Q wants full transparency. “She want Chanel, just say that/ Your hair and your nails, just say that,” he raps in his gritty, laid-back tone. The track’s production is bouncy and fresh, combined with echoing adlibs and a catchy guitar loop.

Indie pop group Wet taps in with Blood Orange for the R&B infused “Bound.” The track is vibey and sweet, with singer Kelly Zutrau’s layered vocals dancing across the percussive beat.

New Jersey rapper Chris Patrick is back with another single, and this time around he’s going “Insane.” The spooky new track proves the young artist’s versatility as he raps with a quick cadence and Kendrick Lamar-esque tone.

Atlanta artists Flwr Chyld and Grimm Lynn linked for their soulful new single, “Do 2 Me.” On the sexually charged groove, the two sing about craving a “lil mama from the South/ a Georgia peach, [who] got that twang.”

Los Angeles-via-Baltimore artist Dijon is mourning the one that got away on his new single, “Rodeo Clown.” His raspy croons paired over forlorn guitar strums bring out his soulful, yet borderline strained vocals, as he laments, “so what are you so afraid of?/ ’cause you’re missing out on good, good lovin’.” The plaintive single is the first off his forthcoming album, Absolutely.

Cozz is grateful for his life on his new single, “Fortunate.” The introspective track finds Dreamville’s lone West Coast lyricist reflecting on his near-death experiences and pleading for his peers to stay off the streets. “Live my life on the edge/ I’m surprised I’m alive, when I prayed, He heard every word I said… Lord knows I could be dead, stay out these streets/ They can only make you bleed,” he rap-sings.

On “Somebody,” Keshi proves that he can provide healing in more ways than one. Over a beat laced with subtle 808 hits and an acoustic guitar, the Houston nurse-turned-singer is at his lover’s beck-and-call by asserting that he is the go-to “somebody” for sexual healing. “You needed somebody, baby put it on me/ I can be that body, I can be that body,” Keshi sings.