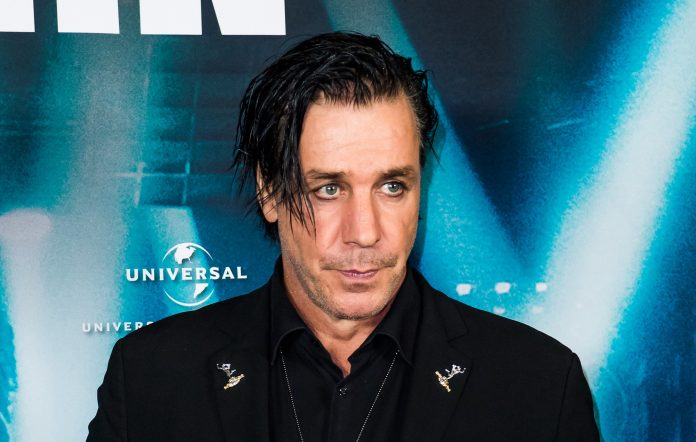 Rammstein frontman Till Lindemann has announced plans for a European solo tour in 2022.

Lindemann will hit the road for six dates for his ‘Ich Hasse Kinder (I Hate Kids)’ tour in January, taking in shows in Kiev, Bratislava, Prague, Tallinn, Novosibirsk and Moscow. You can view the dates below.

​“The first dates have been announced, the rest will follow shortly. Till will perform with his own line-up, without Peter Tägtgren [previous founding member]. The songs from the Lindemann project will still be on the setlist,” Lindemann World reports.

No UK shows have yet been announced but more gigs are set to be.

‘Ich Hasse Kinder (I Hate Kids)’ was released as a single earlier this year alongside a gory music video.

Lindemann previously went under his moniker with Tägtgren, the guitarist of death metal outfit Hypocrisy until they “agreed in November 2020 not to continue Lindemann together.”

Last time the Rammstein frontman was in Russia he was questioned by police before the cancellation of his appearance at a music festival in Tver.

Although it was previously claimed that Lindemann had been arrested, it was later reported that he was not detained, but questioned in his hotel room by police. The authorities wanted to speak to the star about the event, which allegedly would have violated the country’s COVID-19 policies.

Meanwhile, he recently featured on a new cover of ‘Always On My Mind’ with Rammstein guitarist Richard Kruspe.

First recorded by Gwen McRae in 1972, it has also seen memorable cover versions by Elvis Presley, Willie Nelson and Pet Shop Boys among others.

Earlier this year Rammstein revealed that they had written a new album over the course of the coronavirus pandemic. Their seventh and latest record, ‘Untitled’, came out in 2019.