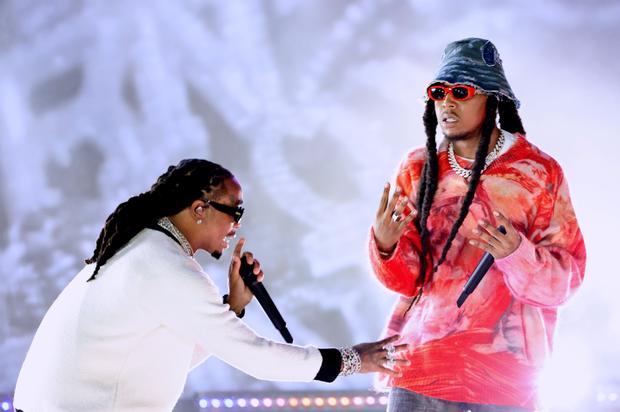 They already let the world know that the album would arrive soon and we have finally received more details on Quavo and Takeoff’s joint project. For some time, there has been a shake-up among the Migos after Offset began working on his solo career what looks to be full-time. The trio of hitmaking rappers is family, so fans didn’t believe they would completely fall out, but it was clear that Quavo and Takeoff were pursuing musical efforts as a duo.

We previously reported on the announcement that Only Built For Infinity Linkswas on the way, and this week, Quavo and Takeoff delivered the official tracklist.

We have already received singles “Hotel Lobby,” “Big Stunna” with Birdman, and “Us vs. Them” featuring Gucci Mane, but Only Built For Infinity Links hosts several other looks from rappers dominating the game at the moment. Other features include NBA YoungBoy, Mustard, Young Thug, and Gunna, making this album one of the most anticipated in the coming months.

In related news, Offset and Quality Control Music’s Pierre Thomas recently had a back and forth on social media over his noticeable distance from his Migos groupmates. Offset seemed to allege that QCM was trying to edge itself into his solo career and sued his former label. Thomas seemed unrattled but retreated from speaking about the behind-the-scenes drama on a public forum.

Check out the tracklist for Only Built For Inifinity Links below. The album is slated for arrival on October 7.