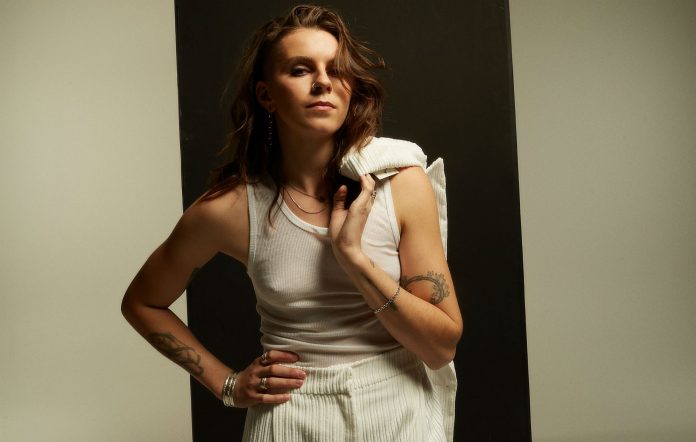 PVRIS have announced details of a UK and European headline run, set to take place in early 2022.

READ MORE: PVRIS – ‘Use Me’ review: frontwoman Lynn Gunn steps out to the front on confident third album

The string of shows kicks off in Hamburg on April 24 before hitting the likes of Berlin, Hamburg and Milan. The 13-date run will finish off with a show at London’s O2 Academy Brixton on May 10.

“Get ready for a brand new show,” said the band alongside the announcement. Tickets go on sale Friday (October 29) – you can get them here.

The complete run of tour dates is as follows:

This tour announcement follows on from the release of PVRIS’ new single ‘My Way’, which came out last week.

“‘My Way’ is a song about accepting and embracing the trials and tribulations of the past, present, and future,” vocalist Lynn Gunn said of the track. “It’s about facing the pain, loss, hard times, and hard decisions while finding empowerment and humility (and a sprinkle of humour) through it all.”

She continued: “Life always pushes us toward great change and growth. When we stop fighting it and flow with it, we offer ourselves, and others, so much more. Whatever way it takes us, our paths are all so uniquely our own. You have your way and I have my way.”

The single follows on from the release of ‘Monster’ in August, which marked the start of a “new era” for the band, and ‘Burn It All Down’, the official anthem for the 2021 League of Legends World Championship.

PVRIS released their third album ‘Use Me’ in 2020.

Speaking about it to NME, Gunn said: “[Those songs] capture the chaos of the last two years. There’s so much that I’ll never be able to share. You’ve got to keep changing and growing. If someone or something is attacking you negatively, sometimes you’ve just got to have the power and the courage to walk away from it.”