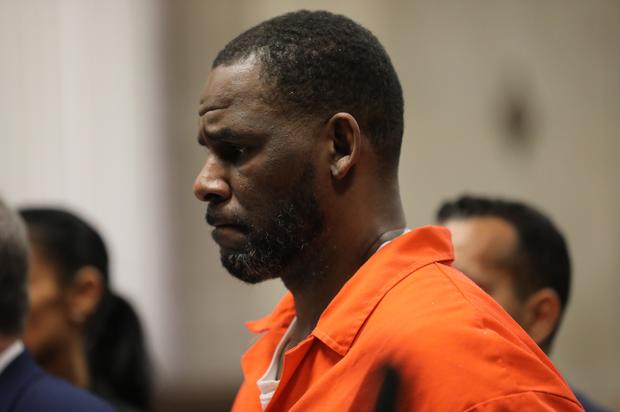 R. Kelly’s back in court in Chicago for his federal trial relating to his infamous 2008 dismissal but prosecutors are adamantly trying to prevent the cash from flowing in. Per Radar Online, the prosecutors have fired back at his lawyer, Jennifer Bonjean, who accused them of improperly seizing $27K from the singer’s inmate bank account.

Last week, prosecutors told the court that Kelly accumulated $30K in his inmate bank account within the past three years. They said they wanted to seize $27K out of the singer’s account — leaving him with less than $1,000 — since Kelly hasn’t paid a dime out of the fines handed down to him from his previous conviction. They said Kelly still owes $140,900 in its entirety.

Bonjean responded to the court, accusing the prosecutors of improperly seizing Kelly’s money without going through the required steps to do so.

“This Court should order the immediate return of Mr. Kelly’s funds and further sanction the office of the United States Attorney and the Bureau of Prison for seizing funds without lawful authority,” Bonjean said.

However, the prosecutors explained that Bonjean’s arguments “are entirely unavailing and factually inaccurate.” They explained that nothing’s been seized but Kelly’s accounts have been frozen until the judge makes a decision. Furthermore, they brushed off the notion that Kelly needed to be notified ahead of time.

In related news, Kelly’s former goddaughter, and the alleged victim in the infamous sex tape, took the stand against him on Thursday. She testified that Kelly began having sex with her when she was 15 years old.