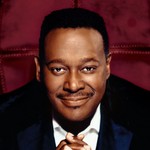 Primary Wave Music has signed a new deal with the estate of R&B legend Luther Vandross. The terms of the deal provide the independent publisher with new income stakes in a selection of both his publishing and master recordings. It will also give Primary Wave a stake in Vandross’s name and likeness rights.

The new deal builds on Primary Wave and the Vandross estate’s long term agreement to manage and administer the late singer’s assets.

As a multi-hyphenate musical talent who worked in the industry as a background singer, artist, producer and writer for over three decades, Vandross’s new deal with Primary Wave includes cuts of publishing and master recording income from his production work for Aretha Franklin, Diana Ross, and Dionne Warwick.

The deal also includes many of his top tracks from his own artist career, including “Never Too Much,” the titular single from his 1981 album which earned a no. 1 spot on Billboard Hot R&B/Hip-Hop Songs chart and his cover “Endless Love,” featuring Mariah Carey, “Here and Now,” and “Dance With My Father.”

Born in 1951, New York-raised Vandross began his career when he was still in grade school, singing at Harlem’s famous Apollo Theatre four times before his high school graduation. Soon after, he became a renowned session vocalist, supporting several recording artists in the early ’70s before launching a career as a songwriter when he penned “Everybody Rejoice/Brand New Day” for the Broadway musical The Wiz as his first major gig in 1974.

Vandross then earned his stripes in the pop and R&B world as a writer and vocalist for the latter part of the 1970s, most notably writing the hook for David Bowie’s “Young Americans” and co-writing “Fascination,” and cutting background vocals for Bette Midler, Diana Ross, Quincy Jones, Stevie Wonder and more.

By 1981, Vandross turned his attention to crafting his own artist career. With his solo debut Never Too Much he went from being known as a background genius to a platinum-selling artist in his own right. The album went on to earn him Grammy nominations for best new artist and best R&B vocal performance (Male) later that year, and Vandross continued picking up a consistent stream of Grammy nominations and wins for his work until his death in 2005 at the age of 54 due to a heart attack.

“Luther Vandross was a soulful American icon who was the voice of a generation,” said Larry Mestel, CEO and founder of Primary Wave, in a statement. “We look forward to working with Carmen and the estate to help expand Luther’s influence.”

Carmen J. Romano, a representative for Vandross’s estate at FBBM Entertainment Business Management adds, “We are delighted to join forces with Larry and Primary Wave. The LV Estate’s goal is to see Luther’s legacy continue to flourish and believe the partnership with Primary Wave is a clear step in that direction.”