HomeNewsPrimal Scream’s Simone Butler on her “eye-opening” new documentary, ‘Year Of The...
News

Primal Scream’s Simone Butler on her “eye-opening” new documentary, ‘Year Of The Dog’ 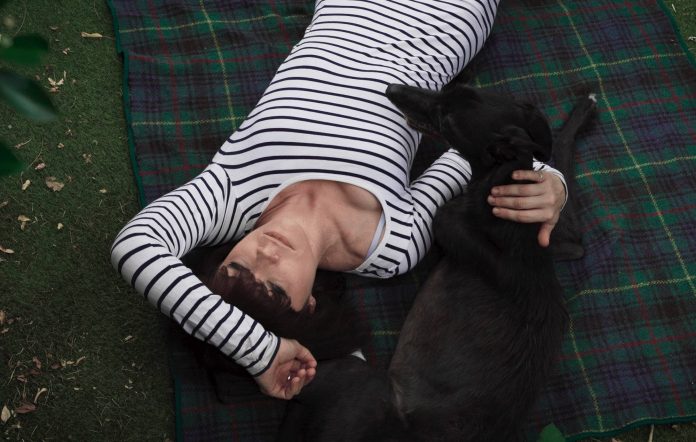 Ahead of the premiere of new documentary Year Of The Dog, Primal Scream bassist Simone Marie Butler has spoken to NME about her journey of discovery while making the film about homeless people and their pets.

The new film, directed by Paul Sng [Poly Styrene: I Am a Cliché, Dispossession: The Great Social Housing Swindle, Sleaford Mods: Invisible Britain], sees musician and DJ Simone Marie Butler team up with Dogs On The Streets – a group of volunteers working for the health and welfare of homeless people and their dogs, while helping them to get off the streets for good.

A synopsis reads: “The global pandemic showed just how exposed the most vulnerable people in our society truly are. Year Of The Dog celebrates the bond between street dogs and their owners, uncovering small stories of survival during the UK’s most testing time.”

As an animal lover, Butler first became aware of the organisation when looking into getting a dog herself. After interviewing founder founder Michelle Clark for her Soho Radio show Naked Lunch, the seeds of the documentary soon took root.

“What they do is so amazing and I didn’t feel like it had enough coverage,” Butler told NME. “I wanted to get something out there to challenge the stigma that comes along with homelessness and rough sleepers, and these people owning dogs.”

Butler explained how making the film proved to be “a very eye-opening experience” in helping to dispel a lot of myths and misconceptions about homeless people who look after dogs on the streets.

“Having another life to be responsible for is an enormous comfort and help for someone sleeping rough because it gives them focus and responsibility,” said Butler. “That in turn gives them a reason to carry on. It can be a very hopeless and devastating situation to be on the streets, so it really did give me an insight into just how much looking after a dog and that beautiful bond can be a lifeline to these people.”

She continued: “As a friend said to me a while back, one minute you’ve got a dog and the next you’ve got a member of the family who you’d die for. In a situation of being homeless, people can be devoid of human interaction and connection, but the dog and the community that it brings gives them a sense of belonging. I can’t imagine a lonelier or more dangerous place than being on the streets, so that relationship is so important.”

Admitting that making the film was an education, Butler went on to explain that a number of her own previously held beliefs had been challenged. “I used to wonder if it was fair on the dogs, but the people on the streets who look after them make sure the dogs are fed before themselves,” she said. “The dogs are incredibly well-behaved because they’re so socialised and always with their owners who are so protective and caring of their animals.

“These dogs actually have incredible lives with people who love them them unconditionally. They have a very calm temperament as well. I didn’t meet one dog with behavioural issues or anything like that. I won’t cast aspersions, but not every owner is going to make the effort to train them – but a dog who’s with their owner all the time while out on the streets has a constant relationship. They really do look out for one another.”

Bobby Gillespie (L) and Simone Butler of Primal Scream perform on stage at Albert Hall In Manchester on April 2, 2016 in Manchester, United Kingdom. (Photo by Jon Super/Redferns via Getty Images)

With the film also look at the stark statistics around rough sleeping in the UK to reflect it as a “deep, societal problem”, Butler said that her main takeaway from making the movie was “a much more compassionate and educated viewpoint about homeless people with those dogs on the streets – and a much more in-depth knowledge of what to do.”

Year Of The Dog is released on a limited theatrical run including Q&As with director Paul Sng, Dogs On The Streets founder Michelle Clark, narrator Simone Marie Butler (London dates) and Professor Danny Dorling (Oxford only) at the below cinemas. Visit here for tickets and more information, and visit here for more information on the work and services of Dogs On The Streets.

Meanwhile, Butler will also be hosting her next Naked Lunch club night at The Night Owl in Finsbury Park in London on Friday November 26, where she’ll be DJing alongside former Klaxon Jamie Reynolds and live sets from bdrmm and Ride‘s Andy Bell. Visit here for tickets and more information.

“It’s a continuation of my Naked Lunch Soho Radio show,” Butler added. “I wanted it to be a night that would feature some of the artists that I feature to either play live or DJ music – so it’s very interactive and exciting.

“It’s a really mixed crowd, and music that spans indie, pop, rock’n’roll and electronica. Everyone I meet there is always a huge music fan, so it’s a great vibe.”

Primal Scream meanwhile, will be returning to the road next July to perform their classic album ‘Screamadelica’ in full with gigs in Glasgow, London and Manchester.

The post Primal Scream’s Simone Butler on her “eye-opening” new documentary, ‘Year Of The Dog’ appeared first on NME.