HomeNewsPrimal Scream’s Bobby Gillespie on his working class youth: “Kids like me...
News

Primal Scream’s Bobby Gillespie on his working class youth: “Kids like me were judged to be stupid” 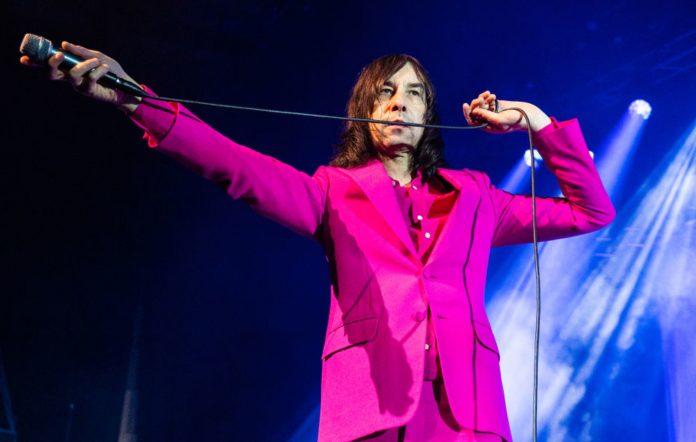 Bobby Gillespie has spoken about his upbringing in a Glasgow tenement, saying that he constantly felt “like a failure” at school age.

The Primal Scream frontman said in a new interview with Scottish Trainspotting author Irvine Welsh that he felt inhibited and disillusioned with the world at an early age thanks to judgements about his socio-economic standing.

He told Welsh in an interview published by The Guardian to promote his new memoir, Tenement Kid: “For the first 10 years of my life, I lived in a Glasgow tenement: me, my brother and my parents, sharing the same bedroom, that stuff stays with you. Kids like me were judged to be stupid because the educational structures designated us as such. We were set up to be labourers, or unemployed, on the scrapheap. I wanted to learn, but I wasn’t given anything to learn, and I didn’t know how to ask. I remember feeling like a failure at that age.”

He went on to speak about punk rock becoming his saviour after not achieving anything at school. “I wanted to include stuff in the book that was outside rock’n’roll, but that helped shape me. For me, the late 70s/early 80s were a cultural revolution. Sex Pistols, the Clash… my cultural education came from reading music papers of that time. Malcolm McLaren talking about the Situationists. Tony Wilson, Factory Records – there’d be a Factory band called the Durutti Column, and you’d find out that it referenced a Spanish anarchist who fought against Franco. All these cultural markers.

He continued: “Punk was more of a state of mind than a dress code. Before Primal Scream, I was around people like Siouxsie and the Banshees and New Order, seeing how they treated either bands I was in, like the Wake, or my friends’ band, Altered Images. Just watching them work, it was heaven. We worshipped these people, truly.”

Elsewhere in the interview he said that writing the memoir was a welcome shake-up, suggesting that fans could see more deviations from his normal Primal Scream routine. “With this book, at first, I was, no, no, no, but a seed was planted. At the beginning of last year, I didn’t want to make another rock’n’roll record, I’ve done enough of them.

“I thought, I’m ready to write a book, that’s going to be my project for this year. I wanted to give a good account of myself and my family. I wanted to do something a bit different, something creative, challenging, something I’ve never done before.”

Meanwhile, Primal Scream have shared details of ‘Screamadelica live’, a selection of live dates where fans can hear them play their seminal 1991 album in full.

The post Primal Scream’s Bobby Gillespie on his working class youth: “Kids like me were judged to be stupid” appeared first on NME.