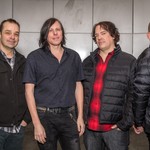 Long-running Seattle power pop band The Posies announced their breakup after 35 years this week in the wake of a series of sexual assault allegations against co-founder Ken Stringfellow. The claims came in a lengthy exposé published by Seattle NPR station KUOW on Monday (Oct. 25), which reported that two of its writers reviewed medical records and spoke to 20 people to verify the graphic stories of alleged abuse shared by three women.

According to the story, the allegations came to light when the three women met this summer and decided to share their accounts on the record. “They said they felt compelled to share in the hopes that others may recognize signs of abuse in their own relationships, and that slowly, as these stories are told, the scales tip more toward justice,” KUOW reported. Spokespeople for the Posies management and booking agencies had not returned requests for comment at press time; Stringfellow had also not returned requests for comment at press time.

“I left the Posies very quickly after hearing from [a friend quoted in the story who made allegations against Stringfellow] about what happened to her,” guitarist/vocalist and co-founder Jon Auer told KUOW about the conversations he had about the allegations that went on for nine hours. “What she described to me was super disturbing and it made my position immediately clear. I confronted Ken about it on a phone call on Aug. 4, 2021, and canceled our upcoming shows, and flat-out told him that I wouldn’t be working with him anymore.”

Drummer Frankie Siragusa also said he was leaving the band, telling KUOW that he split after learning about the allegations.

Singer/guitarist Stringfellow, 52 — who has also performed with R.E.M., the reformed Big Star, The Minus Five and White Flag — has “categorically” denied the allegations, while his bandmates said they believe the women. The story describes one of the women claiming that Stringfellow bit her and forcibly had sex with her in a men’s room at a hotel in San Francisco after she explicitly told him that she was on doctor’s orders to refrain from intercourse; Stringfellow told KUOW that the bathroom incident was consensual. A second woman, who was asleep upstairs at the time, said she was in an abusive relationship with Stringfellow that began in 2015.

The third woman, who said she was also a relationship with the multi-instrumentalist, claimed that Stringfellow bit her arm while she drove him back from a show and that she woke up one morning to Stringfellow having sex with her. The woman also claimed that their relationship became increasingly “more dramatic, abusive and destructive” and that he allegedly pressured her into having an abortion.

“I have never been into anything kinky, into anything rough,” Stringfellow told KUOW. “I experienced extreme violence firsthand as a teen. I’m sensitive to aggression, and it’s not something I can be around. I am not down with violence. I don’t want to hurt anyone, ever.” Seven other women interviewed for the piece reportedly said they’d been intimate with Stringfellow at some point since the 1990s and that he had not been abusive with them. Four of the women reported that he bit them, which they said was unwelcome, and that he had been controlling; the singer’s ex-wife, the Fastbacks’ Kim Warnick, was reportedly among those women.

In his e-mailed statement to KUOW, Stringfellow added, “I would never want to harm anyone with whom I have a relationship – sexual or otherwise. Consent has been the foundation of every sexual relationship I’ve had, and violence has never been a part of any of those relationships. It simply is not who I am as a person who respects women.”

In a statement written with his wife, Stringfellow said, “As a family, we view sexual assault as a very serious issue. As an ethically non-monogamous married couple, we are particularly attuned to the importance of consent and communication in relationships,” noting that over the years he had had “consensual and respectful sexual relationships with other women, including the women making the allegations.”

According to the report, Auer canceled plans to perform at a grand re-opening of the Seattle venue The Crocodile Café and said that a nearly finished Posies album has been indefinitely shelved.

Stories about sexual assault allegations can be traumatizing for survivors of sexual assault. If you or anyone you know needs support, you can reach out to the Rape, Abuse & Incest National Network (RAINN). The organization provides free, confidential support to sexual assault victims. Call RAINN’s National Sexual Assault Hotline (800.656.HOPE) or visit the anti-sexual violence organization’s website for more information.