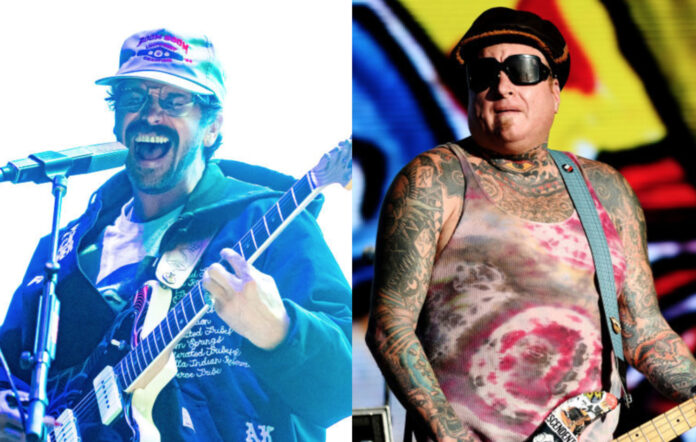 Portugal. The Man have shared a piano cover of Sublime’s ‘Santeria’ – you can check it out below.

READ MORE: Portugal. The Man on how they wrote their runaway hit ‘Feel It Still’

“The timing couldn’t have been better,” PTM guitarist Eric Howk said of the cover. “As we were working on several ’90s covers for Brain Dead Radio, we got a call to perform in support of the PDX March for Reproductive Rights.”

He continued: “We jumped at the opportunity, and got to let Zoe shine on lead vocals during a five-song Portugal The Woman set, and shared one of the most inspiring moments any of us have ever had on a stage. This track hopes to capture that spirit of hope and warmth.”

Listen to Portugal. The Man’s take on ‘Santeria’ below:

Earlier this year, Portugal. The Man dropped new song ‘What, Me Worry?’ as the lead single from their upcoming ninth studio album.

It followed ‘Who’s Gonna Stop Me’, the band’s 2020 collaboration with “Weird Al” Yankovic, which was released in celebration of Indigenous Peoples Day.

An accompanying music video was also released alongside the track, directed by Aaron Brown and Josué Rivas and produced by W+K Studios. It stars Indigenous artists and leaders from across the United States, including world champion juggler Acosia Red Elk of the Umatilla people of Oregon.

The forthcoming film, in which Radcliffe will play the beloved comedian and musician, started production earlier this year.

WEIRD: The Weird Al Yankovic Story promises to follow Yankovic’s life “from his rise to fame in the music industry to his celebrity love affairs”, according to a synopsis.