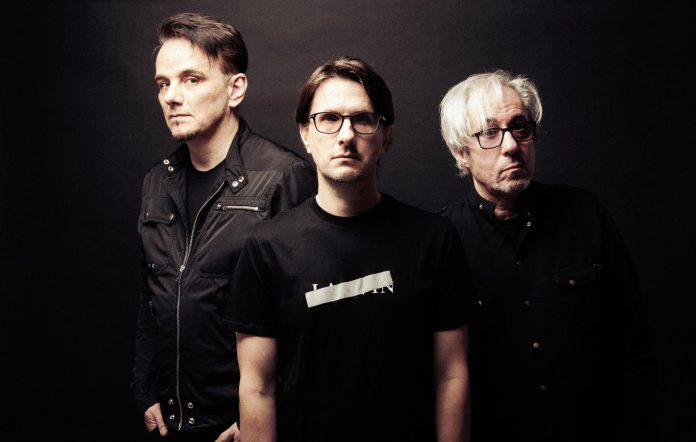 Porcupine Tree have made their comeback today (November 1) with new single ‘Harridan’ and news of their 11th album, ‘CLOSURE/CONTINUATION’.

The band last released an album in 2009 (‘The Incident’). They released ten albums between 1992’s ‘On The Sunday of Life’ and 2009’s ‘The Incident’ before entering a hiatus after their biggest live show to date at the Royal Albert Hall in October 2010.

Now, the band comprising Steven Wilson, Richard Barbieri and Gavin Harrison are back with a frenetic new single, which you can listen to below. Their new album ‘CLOSURE/CONTINUATION’ is due for release on June 24, 2022 via Music For Nations/Sony.

Porcupine Tree said in a statement: “‘Harridan’ and a few of the other new songs have been in play since shortly after the release of ‘The Incident’. They initially lived on a hard drive in a slowly growing computer file marked PT2012, later renamed PT2015, PT2018, and so on. There were times when we even forgot they were there, and times when they nagged us to finish them to see where they would take us.

“Listening to the finished pieces, it was clear that this wasn’t like any of our work outside of the band – the combined DNA of the people behind the music meant these tracks were forming what was undeniably, unmistakably, obviously a Porcupine Tree record. You’ll hear all of that DNA flowing right through ‘Harridan.’”

‘CLOSURE/CONTINUATION’ will be available as a seven-track album on standard CD/double vinyl/coloured vinyl or limited cassette. The deluxe LP version comes on audiophile approved crystal clear vinyl as a 3xLP 45rpm boxset with two bonus tracks.

Meanwhile, the deluxe CD and Bluray boxset comes with three bonus tracks, instrumental versions, and high resolution 96/24 stereo, and 5.1 and Dolby Atmos versions of the album all housed in an exclusive art book. Pre-order here.

The band will also head out on a UK and European tour in autumn 2022, which a press release states is likely to be their only shows in promotion of ‘CLOSURE/CONTINUATION’.

Tickets are on sale from 10am GMT this Friday (November 5). A 24 hour pre-sale for fans takes place this Wednesday (November 3) at 10am GMT. Fans can gain exclusive pre-sale access for the UK and European tour dates by pre-ordering the new album or signing up through the official Porcupine Store.

Porcupine Tree will also also tour the Americas and Canada in autumn 2022 – dates are to be announced shortly.