HomeNewsPlacebo’s Brian Molko on why they covered Kate Bush’s ‘Running Up That...
News 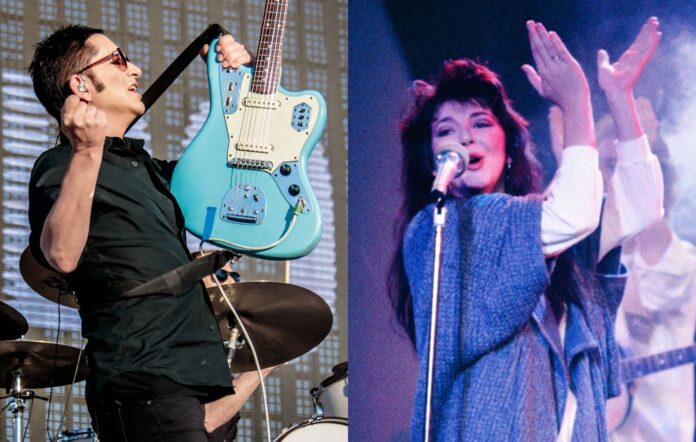 Placebo‘s Brian Molko has spoken about the band’s connection to Kate Bush and the reason they chose to cover ‘Running Up That Hill’.

READ MORE: Placebo: “David Bowie taught me how to be a better person”

The original song has found renewed popularity after featuring in the fourth season of Stranger Things. The track – which appears on Bush’s 1985 fifth studio album, ‘Hounds Of Love’ – reached Number One on the UK singles chart earlier this month (June 17).

In an interview with the Guardian, the frontman revealed how he first came across Bush. “My first exposure to Kate Bush was the video for Babooshka when I was a preteen,” he said.

“I’d never seen anything like it: who is this person from outer space, singing an incredibly strange song? I was completely captivated by this beautiful woman who had such charisma and seemed so unique.

“Then I discovered that my older brother had [album] ‘The Kick Inside’, so I was introduced to ‘The Man With the Child in His Eyes’ and ‘Wuthering Heights’. Then [in 1985] ‘Hounds of Love’ came out and blew my mind completely.”

Placebo covered ‘Running Up That Hill’ in 2003, with the song becoming the first track on the band’s ‘Covers’ album that same year. Their cover ended up peaking at Number 44 on the UK Singles Chart in 2006, after being used during the fourth-season premiere of The O.C.

Molko continued in the interview: “We were already in the habit of covering our favourite songs from the 80s, so I suggested that we do ‘Running Up That Hill’ but that we slow the tempo down as much as we could without it becoming a dirge, and obviously we wanted to keep it electronic with sounds from the early 2000s.

“I met Kate once at a party: it was a record company do and there was an orderly queue to speak to her. When I got to the front the first thing she said to me was: “I like your cover of my song.” That was enough. I’m very, very pleased that it got Kate’s endorsement.”

Last month, Stranger Things star Jamie Campbell Bower revealed that he listened to Placebo‘s cover of ‘Running Up That Hill’ to help him get out of character as Vecna.

“When I was prepping for Vecna, to get into Vecna, I would use a lot of bands like Sun 0))), Carpathian Forest, Darkthrone, Mayhem,” the actor recently revealed on the Kyle Meredith With… podcast.

“Escaping Vecna… I’m a huge fan of Placebo,” he said. “I love Placebo. And obviously Placebo covered Kate Bush’s ‘Running Up That Hill’ sometime in, I dunno, I guess it must have been the late ’90s, early 2000s. And so I would go with that.”

Earlier this week, it was announced that Kate Bush had officially broken three Guinness World Records following the recent resurgence of ‘Running Up That Hill (A Deal With God)’: Oldest female artist to reach Number One, longest time for a track to reach Number One on the UK’s Official Singles Chart, and longest gap between Number Ones.

The post Placebo’s Brian Molko on why they covered Kate Bush’s ‘Running Up That Hill’ appeared first on NME.