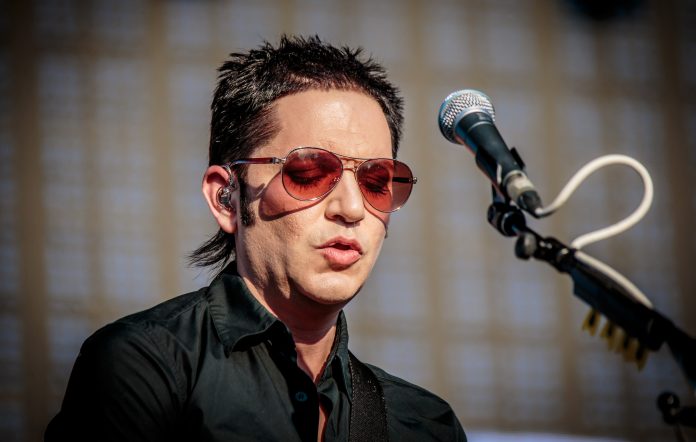 Ahead of the band’s forthcoming eighth album, Brian Molko has looked back on Placebo’s efforts to bring queerness to the mainstream in the 1990s.

Speaking to The Guardian, Molko touched on his groundbreaking work to push the boundaries of gender and sexuality in a time when being queer was still taboo in mainstream media.

Noting that the conversations around queer identity, gender expression and sexual fluidity are “much, much more complex now”, Molko continued: “If just by being ourselves in the ‘90s, we made people feel less alone – if we managed to, in any way whatsoever, increase the potential and capacity for freedom just by one per cent – then we’ve achieved something.”

The Guardian pointed to one Placebo’s earliest hits, ‘Nancy Boy’ – the band’s first Top Five single, and a bold rumination of themes of queer sex and drug use – and in particular its mind-boggling video, which in one shot has Molko’s head fuse with that of bandmate Stefan Olsdal.

“We had a great opportunity to let parts of us show that we hadn’t up to that point in our lives,” Olsdal said of the concept, which the outlet explained as being “symbolic of how a creative partnership, or music in general, has the power to liquefy the self”.

Expounding further on the band’s ambitions to be unapologetic with their image, Molko continued: “We were just kids who just wanted to make music. But we couldn’t do it without going onstage in a dress, without talking about our sexuality. It was very, very important for us to not be ashamed.

“And inadvertently, hopefully, we perhaps created something within people who listened to us where they felt that the necessity for shame was decreased.”

Placebo are due to release their eighth album, ‘Never Let Me Go’, on March 25 via Elevator Lady/Rise. Thus far, the band have shared the singles ‘Beautiful James’ and ‘Surrounded By Spies’, and announced a tour for the UK and Ireland which is set to kick off next November.

Speaking to NME in September, Molko explained that the band had finished work on their new album before the coronavirus pandemic hit in early 2020. “We had a lot of get-up-and-go, and then everything that happened, happened, so everything is sort of delayed by about two years now,” he said.

“I know it was frustrating for the fans. It was certainly very frustrating for us as well, the interminable wait to put out new music, but at least it was there. We knew we had it.”

Next summer, the band will perform their only UK festival date of the year at Bearded Theory’s Spring Gathering.

The post Placebo on pushing the boundaries of gender and sexuality in the ‘90s appeared first on NME.

Share
Facebook
Twitter
Pinterest
WhatsApp
Previous article
Starbucks Has Its Own ‘Taylor’s Version’ With Taylor Swift Coffee Collab
Next article
Kanye West opens up about mental health: “Okay, I’m crazy, but what y’all gonna do about it?”