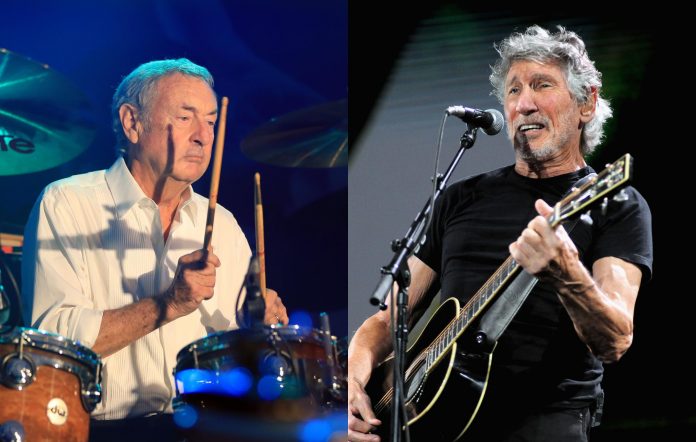 Nick Mason has said he is “flabbergasted” by Roger Waters saying that he felt bullied by members in Pink Floyd.

The former Floyd drummer said in a new interview that he was surprised to hear Waters claim last month that ex-guitarist/vocalist David Gilmour and ex-keyboardist Richard Wright were “always trying to drag me down”.

“I’m slightly flabbergasted by it,” Mason told journalist Jim DeRogatis of The Coda Collection. “But I think that’s a slightly over emotional way of putting that there was some sort of division within the band about.

“Because Roger was always looking beyond the music, in a way. I think it was artificial, but I think possibly there was the side that wanted to do inflatables and films, as well as music, and those who just wanted to do music. But, I don’t think they were mean to him, particularly. It’s hard to imagine being mean to Roger. Stalin was the bullied.”

When asked how that manifested in actuality, he answered: “By claiming that I was tone deaf and that I didn’t understand music.

“[They’d thought] ‘Oh he’s just a boring, kind of, teacher figure who tells us what to do, but he can’t tune his own guitar.’ Stuff like that.

“They were very snotty or snipe-y because they felt very insignificant at that point.”

Later on the WTF podcast Waters said: “I’m not putting them down, but those years we were together, whatever it was like socially, there is no question that we did some really good work together and we all contributed.”

Pink Floyd have reunited for short periods in recent years but remain disbanded.

Meanwhile, Gilmour recently shared a demo version of ‘Yet Another Movie’ ahead of the reissue of Pink Floyd’s 1987 album ‘A Momentary Lapse of Reason’.

The album, which was the band’s first following the departure of Waters in the mid 1980s, will be reissued on October 29 via Sony and feature a “Remixed and Updated” edition on vinyl, CD, DVD and more.

It will also be available in 360 Reality Audio, described as “a new immersive music experience that closely mimics the omni-directional soundscape of live musical performance for the listener using Sony’s object-based 360 Spatial Sound technologies”.