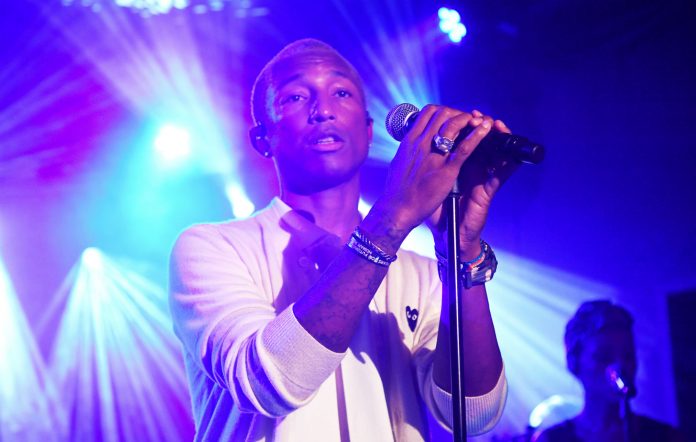 Pharrell Williams has pulled his Something In The Water festival in Virginia following the fatal shooting of his cousin earlier this year.

Now, Williams has confirmed it will not be returning to Virginia Beach in 2022.

“I love my city, but for far too long it has been run by and with toxic energy,” the singer wrote in a letter to Virginia Beach city manager Patrick Duhaney. “The toxic energy that changed the narrative several times around the homicide of my cousin, Donovan Lynch, a citizen of Virginia, is the same toxic energy that changed the narrative around the mass murder and senseless loss of life at Building Number 2,” he added in reference to a 2019 mass shooting that left 12 dead.

BREAKING NEWS: SITW may not return to #VirginiaBeach in 2022. #13NewsNow. pic.twitter.com/AEjQMGUBEl

He continued: “Until the gatekeepers and the powers-that-be consider the citizens and the consumer base, and no longer view the idea of human rights for all as a controversial idea… I don’t have a problem with the city, but I realise the city hasn’t valued my proposed solutions, either.”

His comments come after Duhaney previously wrote a letter expressing his disappointment at the potential loss of the festival.

Lynch was shot and killed in Virgina Beach in March by a police officer amid a series of three separate “chaotic shootings” in the area.

In a statement at the time, Virginia Police Beach Department said that homicide detectives had carried out interviews with an officer involved in the shooting of Lynch, as well as an officer who witnessed the incident as well as an “independent witness.”

The statement added that both of the offers claimed Lynch was “brandishing a handgun at the time of the shooting” and that it was “recovered from the scene.”

The case sparked controversy after it was revealed that the officer who killed Lynch was wearing a body camera but for “unknown reasons”, according to the police chief, it was not switched on.

Williams, called for “transparency, honesty and justice” from authorities at the time and then asked federal investigators to get involved in the case.

The officer who shot Lynch was placed on administrative leave.

NME has contacted a spokesperson for Williams for comment.