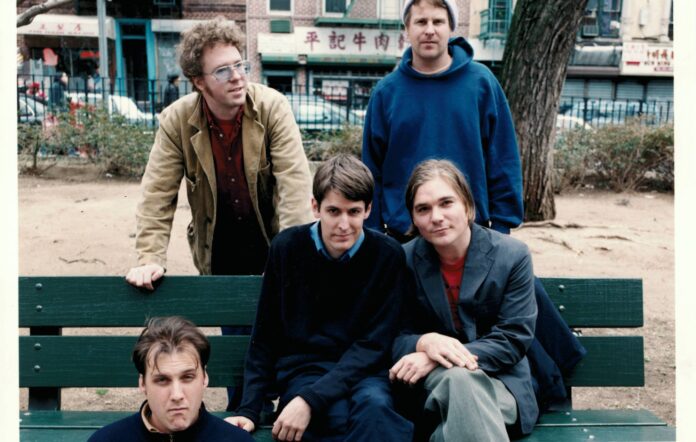 Pavement are to be honoured with some album-themed pierogi at an Ohio restaurant next week.

The event will take place in Parma, Ohio. According to Pitchfork, it will see “local businesses Schnitz Ale Brewery, Rudy’s Strudel, and the Current Year Records and Tapes joining forces for the ticketed event, which will feature ‘special varieties of Pavement pierogi,’ paired beer flights to match, and a vinyl DJ set by the band’s own Bob Nastanovich.”

In a statement about the event, Nastanovich said: “I’ve been thrilled and amazed by a group of Pavement enthusiasts striving to get our band to play at a local football stadium for some time. Led by Lidia at Rudy’s and the Stutzes, the effort has been heartening. I figured the least I could do is come visit, spin a variety of weird tunes, and try to raise some dinero for a good cause. I love the Cleveland area and it’s been too long.”

The event will see a pierogi for each Pavement album. Tickets to the Parma for Pavement event are available to buy on MeowSold.

All proceeds from the event will go to All Faiths Pantry, a local nonprofit that delivers food to senior citizens in the area.

Back in May, Pavement played their first gig in nearly 12 years.

The band kicked off their long-awaited reunion tour in L.A., which was initially announced in 2019, with a warm-up show at The Fonda Theatre in LA on Monday night (May 23), marking their first live appearance together since November 2010.

Ahead of the show, Pavement’s Twitter account joked that it’d “been 4,198 days since our last work incident. That changes tomorrow.”

The band’s comeback set featured such songs as ‘Gold Soundz’, ‘Range Life’, ‘Cut Your Hair’ and ‘Spit On A Stranger’, while fan favourites like ‘Here’, ‘Grounded’ and ‘Summer Babe (Winter Version)’ were also aired.

‘Harness Your Hopes’, a 1997 B-side that has become popular on TikTok and Spotify in recent years, was also part of the setlist.

Pavement, who will reissue their debut album ‘Slanted & Enchanted’ in August to celebrate its 30th anniversary, will play a host of UK shows in October.

You can see their upcoming tour dates below and find any remaining tickets here.

The post Pavement to be honoured with album-themed pierogi at Ohio restaurant appeared first on NME.