HomeNewsPaul McCartney sets record straight on who broke up The Beatles: “I...
News

Paul McCartney sets record straight on who broke up The Beatles: “I didn’t instigate the split” 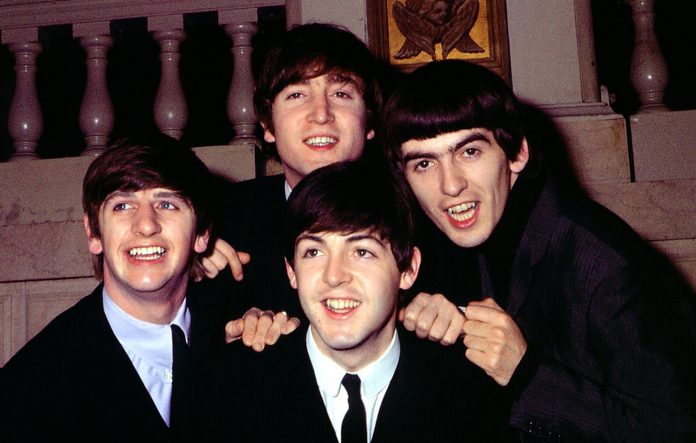 Paul McCartney has set the record straight on who instigated the break-up of The Beatles, claiming that it was actually John Lennon.

READ MORE: The Beatles’ split 50 years on – the best songs from the solo careers

Probably the most analysed break-up in rock history, the Fab Four split over 50 years ago, prompting McCartney, John Lennon, George Harrison and Ringo Starr all to go their separate ways.

For years it was believed that McCartney was unilaterally behind the band disbanding after he answered a question from a journalist in 1970 with the claim that The Beatles no longer existed. However, in an upcoming episode of new BBC Radio 4 interview series This Cultural Life, he claims this isn’t the case.

“I didn’t instigate the split. That was our Johnny,” he tells interviewer John Wilson (per The Guardian). “This was my band, this was my job, this was my life, so I wanted it to continue.”

Asked about his decision to go solo during the candid chat set to be broadcast later this month, McCartney says: “Stop right there. I am not the person who instigated the split. Oh no, no, no. John walked into a room one day and said, ‘I am leaving the Beatles’. Is that instigating the split, or not?”

McCartney goes on to explain that confusion about who actually caused the break-up came about because the group’s new manager, Allen Klein, had told the band to keep quiet about the split while he concluded some business deals.

“So for a few months we had to pretend,” McCartney tells Wilson. “It was weird because we all knew it was the end of The Beatles but we couldn’t just walk away.” Eventually, McCartney, who became unhappy with the secrecy, “let the cat out of the bag” because “I was fed up of hiding it”.

Remembering the unpleasant atmosphere at the time, McCartney says: “Around about that time we were having little meetings and it was horrible. It was the opposite of what we were. We were musicians not meeting people.”

McCartney believes a split became inevitable because Lennon “wanted to go in a bag and lie in bed for a week in Amsterdam for peace. And you couldn’t argue with that.”

If Lennon had not quit The Beatles, their musical journey could have been a lot longer, McCartney agrees. “It could have been. The point of it really was that John was making a new life with Yoko,” he says in the upcoming interview series. “John had always wanted to sort of break loose from society because, you know, he was brought up by his Aunt Mimi, who was quite repressive, so he was always looking to break loose.”

McCartney’s This Cultural Life interview airs October 23, followed by his biography The Lyrics: 1956 To The Present, which is set for release on November 2.

Next month, Peter Jackson will release his Disney+ Beatles documentary, The Beatles: Get Back. The film will focus on the making of ‘Let It Be’ and will showcase their final concert as a band, on London’s Savile Row rooftop, in its entirety.

Disney+ has confirmed the documentary will arrive in three separate parts on November 25, 26 and 27. Each episode is approximately two hours in length.

The post Paul McCartney sets record straight on who broke up The Beatles: “I didn’t instigate the split” appeared first on NME.

Share
Facebook
Twitter
Pinterest
WhatsApp
Previous articleMental health charities on post-lockdown pressure and the importance of reaching out: “We don’t have a clear route to normality”
Next articleMetallica’s Kirk Hammett says he wanted ‘Enter Sandman’ to be the next ‘Smoke On The Water’