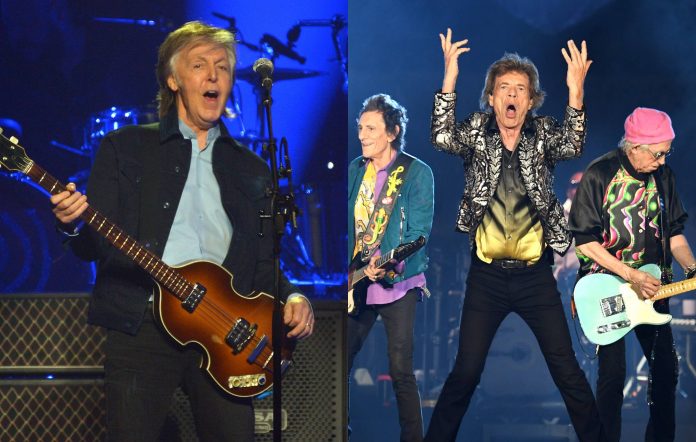 Paul McCartney has labelled The Rolling Stones as “a blues cover band” in a new interview.

The musician was reflecting on The Beatles’ legacy when he made the remark about the long-running band.

Speaking to The New Yorker, McCartney wasn’t, as the profile notes, ‘above suggesting that The Beatles worked from a broader range of musical languages than their peers — not least the Rolling Stones’.

McCartney said: “I’m not sure I should say it, but they’re a blues cover band, that’s sort of what the Stones are.

“I think our net was cast a bit wider than theirs.”

McCartney’s New Yorker comments come 18 months on from a similar jibe he made at the Stones’ expense in April 2020.

“They are rooted in the blues,” McCartney told Howard Stern about the Stones. “When they are writing stuff, it has to do with the blues. [The Beatles] had a little more influences.

“There’s a lot of differences, and I love the Stones, but I’m with you. The Beatles were better.”

“One band is unbelievably luckily still playing in stadiums, and then the other band doesn’t exist,” Jagger added.

The Stones are currently on their rescheduled ‘No Filter’ tour of North America. Last weekend, the band performed their song ‘Connection’ live for the first time in 15 years.