HomeNewsPat Fish, AKA The Jazz Butcher, has died aged 64
News

Pat Fish, AKA The Jazz Butcher, has died aged 64 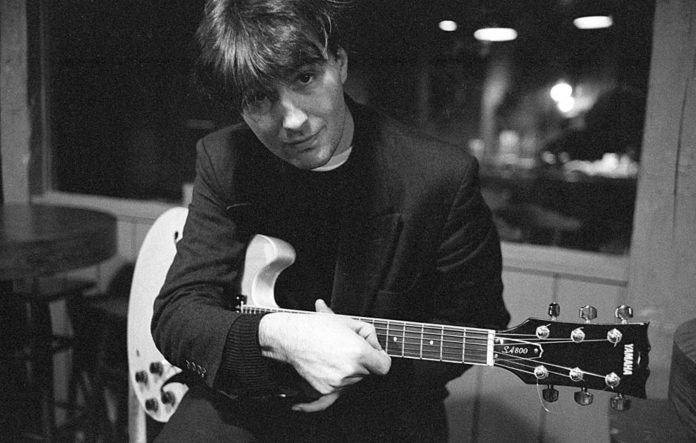 Pat Fish, best known for performing under the moniker The Jazz Butcher, has died aged 64.

His death was confirmed by his frequent collaborator and lead guitarist Max Eider, who took to the official Jazz Butcher Facebook page to reveal that Fish died on Tuesday night (October 5). A cause of death has not yet been revealed.

“Very sad to announce that my old friend Pat Fish died suddenly but peacefully on Tuesday evening,” Eider wrote. “Pat rocked my world in every way and his death leaves a big hole in my life and in my memory, much of which was only stored in his outsized brain.

He added: “Goodbye mate and thanks for everything. I’m going to miss you.”

Very sad to announce that my old friend Pat Fish died suddenly but peacefully on Tuesday evening. Pat rocked my world in…

Posted by the Jazz Butcher on Wednesday, October 6, 2021

Born Patrick Huntrods in London in 1957, Fish formed the Jazz Butcher musical project – which has gone under a variation of different names over the years – in 1982 with Eider. His début album, ‘In Bath Of Bacon’, was released by Glass Records in 1983.

From 1988 through 1995, The Jazz Butcher released a series of albums for Creation Records, including ‘Cult Of The Basement’, ‘Condition Blue’, and their final release for the label, ‘Illuminate’. The Jazz Butcher’s last new release was the 2016 single ‘All The Saints’, released via Fire Records.

While much of The Jazz Butcher’s catalogue was out of print in the late ’90s and ’00s, Fire began a reissue campaign a few years ago, including the recently announced ‘Dr Cholmondley Repents: A-Sides, B-Sides and Seasides’, which is expected to arrive November 12.

David Whittemore, who has been running The Jazz Butcher website since the beginning, has set up a memoriam, where fans have been paying tribute to the Fish – you can contribute here.

The post Pat Fish, AKA The Jazz Butcher, has died aged 64 appeared first on NME.

Share
Facebook
Twitter
Pinterest
WhatsApp
Previous articleOberhofer on working with The Strokes’ Nick Valensi on new single ‘SUNSHiiNE’: “It’s such a moment”
Next articleAaron and Bryce Dessner on their ‘Cyrano’ film soundtrack: “They’re National songs in a way, and have an interior, intimate feeling”