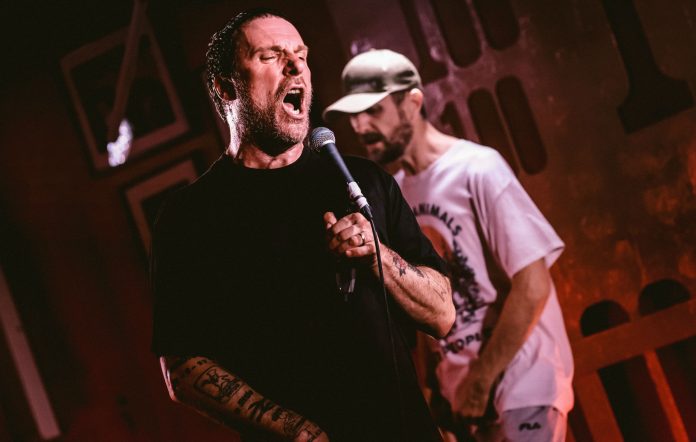 English techno duo Orbital have teased a collaborative single with Sleaford Mods on social media, with the track set to drop today (October 13).

READ MORE: Sleaford Mods: “We live in such a cynical time. You start to question yourself.”

The duo shared a clip to their official Twitter page, with an instrumental loop from the song playing set to footage of Sleaford Mods’ Andrew Fearn doing his trademark hand-in-pocket dance in time with it. A still photo of vocalist Jason Williamson appears opposite Fearn.

Watch the clip below:

The song marks the first time the two duos have worked together. Orbital have not released a new single since 2018’s ‘The End Is Nigh’, which stemmed from their ninth studio album ‘Monsters Exist’ from the same year. They have, however, worked on several remixes – including one for DMA’S‘ ‘Life Is a Game of Changing’ last year.

“Williamson and Fearn unflinchingly show you life – particularly the shittier corners of it, while flashing a swift middle finger at those who create them,” it read.