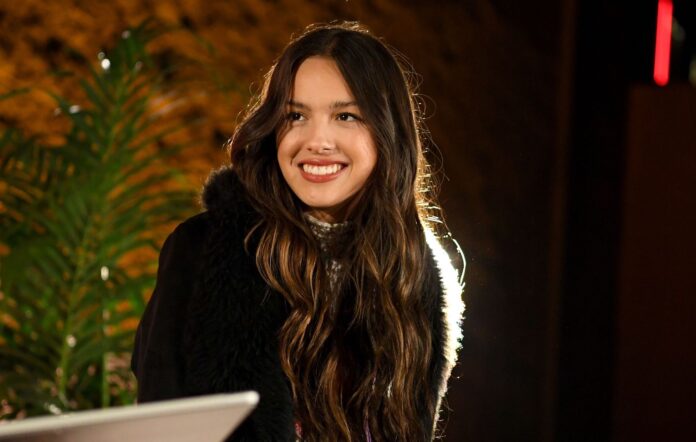 Olivia Rodrigo has continued teasing her hotly awaited second album, casually mentioning in her Spotify Wrapped message that “new music” is on the cards for 2023.

The short video message was sent to Rodrigo’s top listeners on Spotify, coinciding with the launch of this year’s Spotify Wrapped effort.

Addressing her fans directly, she says in the message: “I just wanted to say thank you so much for listening to my music this year. I really, truly couldn’t be more grateful and I am so excited for next year, and all of the new things and new music that 2023 will bring.”

Rodrigo has spent much of this year hyping up the successor to her smash-hit debut album, ‘Sour’. Back in February, she revealed that she’d already decided on its title, and had “a few songs” lined up for it. Then, in an interview with Elle, she teased that LP2 would have a more positive feel, joking that she’s “definitely not as sad” as she was when she was writing ‘Sour’.

It was confirmed in August that Rodrigo had begun recording her next release, teaming up once more with ‘Sour’ producer Dan Nigro.

The pair worked closely together on that first record, which arrived last May via Geffen and promptly shot Rodrigo to stardom. In addition to giving the US’ Billboard 200 chart the biggest first-week figures it’d seen for 2021, Rodrigo made UK chart history as the first female artist with three of the top five singles in the same week, and later the youngest artist to land a UK Number One on two concurrent charts – a billing she kept two weeks in a row.

The album also earned a slew of accolades, including three Grammys and six wins at this year’s Billboard Music Awards. It earned a five-star review from NME, and was followed by two Disney+ specials: the concert film ‘Sour Prom’ and the documentary ‘Driving Home 2 U (A Sour Film)’.

When she wasn’t writing for her second album, Rodrigo spent much of 2022 on the road, making waves with her dozens of buzzy cameos and happenings. At this year’s Glastonbury, for example, she teamed up with Lily Allen to perform ‘Fuck You’ in protest of the US Supreme Court. That was followed by a surprise gig in Manchester, where Rodrigo covered Natalie Imbruglia‘s ‘Torn’; she would later perform it with Imbruglia herself in London.

On the US leg of the tour, Rodrigo welcomed out such guests as Alanis Morissette (to help cover ‘You Oughta Know’), and Avril Lavigne (for a cover of ‘Complicated’). At one show in Canada, too, she brought Conan Gray out to join her on a cover of ‘The One That Got Away’ by Katy Perry. Other shows saw her take on No Doubt’s 1995 hit ‘Just A Girl’, as well as a cover of ‘Seether’ by Veruca Salt that earned praise from the band themselves.