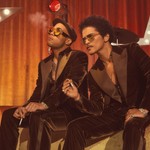 When the 64th annual Grammy nominations are announced in a livestream on Nov. 23, two singles are all but certain to be in the running for record of the year: Olivia Rodrigo’s breakthrough smash “Drivers License” and Silk Sonic’s R&B throwback “Leave the Door Open.”

Both are exquisitely designed singles that were also smash hits. “Drivers License” logged eight consecutive weeks at No. 1 on the Billboard Hot 100; “Leave the Door Open” spent two nonconsecutive weeks on top.

But what will join them in the record of the year finals? Voters had plenty of choices: A total of 1,172 singles are vying for the eight nomination slots.

For the first time in 27 years, the final choices in each of the Big Four categories — album, record and song of the year plus best new artist — will be made by the roughly 12,000 voting members of the Recording Academy. The Academy disbanded all of its nominations review committees, including the one that determined the finalists in the Big Four categories. (The members of that committee had been empowered to select anything they wanted from the voters’ top 20 choices.)

How will the Academy’s decision to send its committees packing impact the nominations? Highly commercial singles such as BTS’ “Butter” and Ed Sheeran’s “Bad Habits” may have a better chance with regular voters than they would have with the committee, which sometimes tended to be snooty about such commercial fare. The committee passed over BTS’ “Dynamite” for a record of the year nod last year and Sheeran’s megahit “Shape of You” for a nod in the top category four years ago.

Regular voters may also be more inclined to vote for live versions of hits where the studio versions aren’t eligible. Live versions of Måneskin’s “Beggin’,” Glass Animals’ “Heat Waves” and 24kGoldn’s “Mood (featuring iann dior) are entered this year because the studio versions were released prior to the Sept. 1, 2020, start of the eligibility year. The committee didn’t give record of the year nominations to live recordings of Train’s “Hey, Soul Sister,” Adele’s “Set Fire to the Rain” or Pharrell’s “Happy,” but all those live recordings went on to win Grammys in performance categories. Regular voters don’t seem to notice or care about that “(Live)” designation.

Justin Bieber is a top contender with two hits: “Peaches” (which features Daniel Caesar and GIVĒON) and “Stay” (a collab with The Kid LAROI). Both could receive record of the year nods, or just one could, or neither could. But Bieber won’t have three record of the year contenders. Though he’s featured on a hit remix of Wizkid’s “Essence” (which also features Tems), he isn’t credited on the version that was entered in this category.

GIVĒON, Cardi B, SZA and Doja Cat are in a similar situation. They could also each receive two record of the year nods this year, combining lead and featured credits, or one, or none.

Five songs that were performed on the 63rd annual Grammy Awards telecast in March are eligible for record of the year nods this year. They are Silk Sonic’s “Leave the Door Open,” the Bad Bunny/Jhay Cortez collab “Dákiti,” Taylor Swift’s “Willow,” Cardi B’s “Up” and Megan Thee Stallion’s “Body.” (The latter three songs were performed in medleys.)

Adele’s “Easy on Me,” which has Grammy written all over it, was released after the Sept. 30, 2021, eligibility cut-off. Dua Lipa’s “Levitating” isn’t eligible because it was featured on an album that won a Grammy last year. The Weeknd, snubbed in last year’s Grammy nominations, didn’t submit any of his own records in this category, though he is featured on one entered recording: Kanye West’s “Hurricane,” which also features Lil Baby.

So which eight singles are most likely to wind up with record of the year nods? Here are our best bets, followed by eight top alternates and then 20 longer-shot possibilities. They’re listed alphabetically by artist within each section. We also show what performance category the track is entered in on the Grammy ballot. (Nominations in those performance categories are not assured. This just shows where they’re competing.)

BTS, “Butter”: This slickly produced smash topped the Hot 100 for 10 weeks, longer than any other single in the eligibility period. It would be a historic nomination: the first K-pop hit to land a record of the year nod. This is BTS’ only entry in the category. “Life Goes On,” “Permission to Dance” and “My Universe,” a collab with Coldplay, all of which also topped the Hot 100, are not entered. (That was a smart move. Otherwise, BTS might have split its votes four ways.) Performance category: best pop duo/group performance.

Doja Cat feat. SZA, “Kiss Me More”: This silky smash, which climbed as high as No. 3 on the Hot 100, could bring a second record of the year nod to both artists. Doja Cat was nominated last year for “Say So”; SZA was a finalist three years ago for “All the Stars,” a collab with Kendrick Lamar. If “Kiss Me More” is nominated, this would be the second year in a row that an all-female collab has made the finals. The Megan Thee Stallion/Beyoncé pairing “Savage” was nominated last year. This would mark the first time in Grammy history that all-female collabs have been nominated in the top category in back-to-back years. Performance category: best pop duo/group performance.

Billie Eilish, “Happier Than Ever”: This hit, which builds from a gentle, ukulele-strumming opening to crunching pop/rock, has climbed as high as No. 11 on the Hot 100. This would be Eilish’s third consecutive year with a record of the year nod. She won two years ago with “Bad Guy” and won again last year with “Everything I Wanted.” Eilish would become just the fifth artist in Grammy history to land record of the year nods three or more years running. Frank Sinatra leads with a four-year streak (1958-61). Roberta Flack (1972-74), Steve Winwood (1986-88) and Post Malone (2018-20) each had three-year streaks. Performance category: best pop solo performance.

Lil Nas X, “Montero (Call Me by Your Name)”: Be honest: When the chart-busting “Old Town Road” was nominated in this category two years ago, did you think Lil Nas X would ever make it back to the record of the year finals? He’s going to. This single, which entered the Hot 100 at No. 1 in April, is nearly as much a sure thing as the Rodrigo and Silk Sonic smashes. This is Lil Nas X’s only entry in the category. “Industry Baby,” a collab with Jack Harlow which also topped the Hot 100, isn’t entered. Performance category: best pop solo performance.

Måneskin, “Beggin’ (Live)”: This muscular hit is such a striking and distinctive single, it could land a nomination even though it has yet to crack the top 10 on the Hot 100. (It has climbed as high as No. 13.) Måneskin would be the first rock band to land a record of the year nod since Imagine Dragons scored eight years ago with “Radioactive.” (The Grammys classified Twenty One Pilots” “Stressed Out,” a 2016 record of the year nominee, as pop.) Performance category: best rock performance.

Olivia Rodrigo, “Drivers License”: Rodrigo, 18, would be one of the youngest female solo stars ever nominated in this category. Lorde and Eilish were each 17 when they were nominated for “Royals” and “Bad Guy,” respectively. Eilish and Monica were each 18 when they were nominated for “Everything I Wanted” and “The Boy Is Mine” (a collab with Brandy), respectively. This is Rodrigo’s only entry in the category. “Good 4 U,” which, like “Drivers License,” entered the Hot 100 at No. 1, isn’t entered. Performance category: best pop solo performance.

Silk Sonic, “Leave the Door Open”: This would be Bruno Mars’ sixth nomination in this category and Anderson .Paak’s first. A sixth nod would put Mars in rarefied company. Only Sinatra and Beyoncé have had that many nominations in this category. (Sinatra had seven, a total Beyoncé matched last year with double nods for “Savage” and “Black Parade.”) Mars, who was previously nominated for record of the year for collabs with B.o.B and Mark Ronson, would become just the third artist in Grammy history to be nominated in this category with three collabs. The first two were Jay-Z (with Beyoncé, Rihanna and Alicia Keys) and Rihanna (with Jay-Z, Eminem and Drake). Performance category: best R&B performance.

Wizkid feat. Tems, “Essence”: This mellow, sexy track is precisely the kind of record the committee would have tried to make room for. The question now is whether it has been a big enough hit for regular voters to have discovered it. (It has climbed as high as No. 9 on the Hot 100.) The hit is likely to be the first winner in the new best global music performance category. Performance category: best global music performance.

20 more singles that have a good chance:

Halsey, “I Am Not a Woman, I’m a God.” Performance category: best pop solo performance.

Postscript: We focused on just 36 singles here. That leaves 1,136 singles on the master eligibility list that we didn’t even mention. Keep that in mind the next time someone says “It’s an honor just to be nominated.” That’s not an empty platitude; it’s the truth.