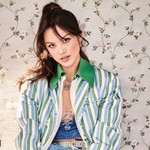 Olivia Rodrigo, little-known just a year ago, is the leading contender for the 2021 American Music Awards. The 18-year old star is nominated for seven awards, one more than The Weeknd. Bad Bunny, Doja Cat and Giveon each received five nods.

Taylor Swift extended her record in the artist of the year category by receiving her eighth nomination. Drake received his fifth nod in that category. Ariana Grande and The Weeknd each nabbed their fourth. BTS and Rodrigo each received their first.

Swift is the current record-holder for most artist of the year wins with six. She also holds the record for most AMA wins overall — 32.

The AMAs added three new categories this year: favorite trending song (with nominees from TikTok on the year’s most viral songs), favorite gospel artist (to go along with the returning favorite inspirational artist) and favorite Latin duo or group.

With this year’s continued expansion of the Latin field, there are now as many awards for Latin (five) as there are for pop and country. That’s remarkable because there weren’t any categories for Latin at the American Music Awards until 1998, when Julio Iglesias took the first award for favorite Latin artist.

This year, there are four awards each for hip-hop and R&B and one each for rock, inspirational, gospel and dance/electronic.

Morgan Wallen received two nods: favorite country album for Dangerous: The Double Album and favorite male country artist. But a statement on behalf of MRC Live & Alternative notes: “Morgan Wallen is a nominee this year based on charting. As his conduct does not align with our core values, we will not be including him on the show in any capacity (performing, presenting, accepting). We plan to evaluate his progress in doing meaningful work as an ally to the Black community and will consider his participation in future shows.”

The nominations announcement kicked off Thursday (Oct. 28) with reveals on ABC’s Good Morning America and Spotify’s morning show The Get Up, with the remaining nominees announced via the AMAs Twitter account.

Nominees are based on key fan interactions — as reflected on the Billboard charts — including streaming, album sales, song sales and radio airplay. These measurements are tracked by Billboard and its data partner MRC Data, and cover the time period Sept. 25, 2020, through Sept. 23, 2021.

Voting for all awards is now open. This year, for the first time, fans can vote for all AMA categories on TikTok by searching for AMAs in-app. Fans can vote once per category per day.

The American Music Awards bill themselves as the world’s largest fan-voted awards show.

The show will air live from the Microsoft Theater in Los Angeles on Sunday, Nov. 21, at 8 p.m. ET/PT on ABC and stream next day on Hulu. The show will air globally across a footprint of linear and digital platforms in more than 120 countries and territories.

Tickets are now on sale now at AXS.com.