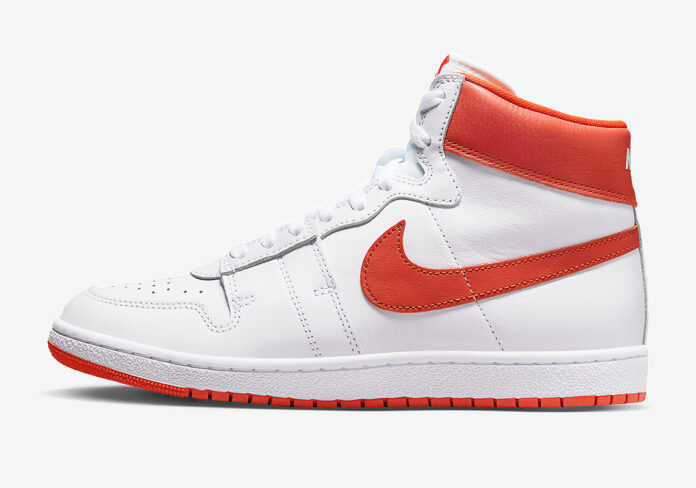 A month removed from A Ma Maniere’s role in the Nike Air Ship’s reintroduction to the market place by way of an extremely selective “Royal” release, the mid-80’s hoops aesthetic continues to remain true to the primary colors of the rainbow as the latest Jordan-endorsed silhouette extends its roster of spirited colorways with “Team Orange” accents.

The carrot colored offering first surfaced in early July as a part of seeded units to select individuals and ambassadors of the brand. Seen here for the first time in its official representation, smooth white leathers featuring color-matched stitching preside dominantly across the vamp, mudguard, quarter overlay and midfoot panels while being further brightened by complimenting laces, a textured midsole and tongue. Employing the vibrant hue as a contrasting proposition, “Team Orange” fills the inner lining, tongue tag, collar and Swooshes while the Air Jordan 1 tread concludes the bicolored model.

For a closer look at the two-toned ensemble of the latest Nike Air Ship, enjoy official images of the pair below while we anticipate further release details being made within the following weeks.

In other news from under the Jumpman umbrella, the Air Jordan 1 Low Craft is receiving a collection of “Navy” textiles.