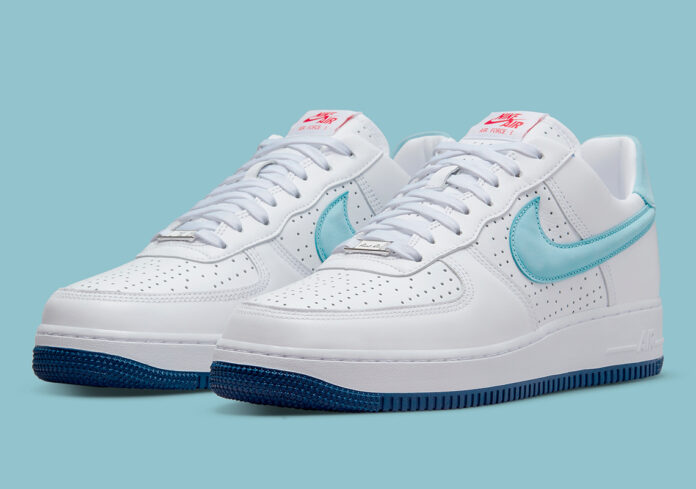 Back in 2020, Nike sparked quite a bit of controversy with that year’s iteration of the Air Force 1 “Puerto Rico,” which was cancelled outright due to the misprinting of the territory’s flag. The 2019 release was equally contentious, as the MOLA pattern used belongs to the Guna people found in Panama and parts of Colombia.

In recent years, the Swoosh has safely celebrated Puerto Rico without much of an issue, both in the way of production and design. And for 2022, they’ve created a rather simple homage that draws inspiration from Dominoes, a pastime commonly played throughout the Caribbean.

The colorway itself incorporates what’s found on the Puerto Rican flag with the addition of a much lighter, sky-colored shade. This cool tone appears across the Swoosh and heel tab, the latter of which features “Nike Air” on one side and “Puerto Rico” on the other. Additional mentions mark the included towel as well as the right foot’s dubrae, whose opposite — like the commemorative home good — overtly celebrates Dominoes. Elsewhere, the game is further honored by way of the paper stashed in the “Familia” clad box and the intricately arranged perforations along the mid-panel and toe.

Complete with a graphic-covered sockliner, whose motifs range from nods to “Nueva York” to “Viejo San Juan,” the 2022 version of the Air Force 1 “Puerto Rico” can be viewed in complete detail below. Currently, no release date has been announced, but we should learn more about the release within the coming months.