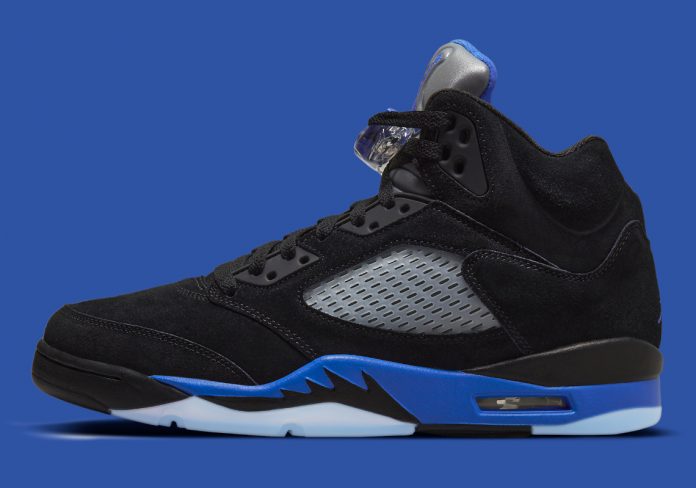 First teased at the tail-end of June 2021, the Air Jordan 5 “Racer Blue” has finally emerged via official images ahead of its February 12th release date.

Reminiscent of the mix one would get when combining the model’s famed “Stealth” and “Oreo” colorways, the upcoming sneakers indulge in a mostly “Black” suede construction. Signature mesh profile windows and reflective tops of tongues deviate from their stealthy surroundings in shades of silver, with the latter components also featuring detailing in the titular “Racer Blue” tone. Jumpman logos on the spine employ a slightly-lighter variant of the aforementioned blue, while midsoles and branding visible through the semi-translucent tread revert to a rich shade reminiscent of “Royal”-colored Air Jordans of yesteryear.

Enjoy official images of the pair here below, and anticipate a Nike SNKRS release on February 12th for $210 USD.

In related NIKE, Inc. news, the Nike ACG Air Mada from 1994 is set to return soon.