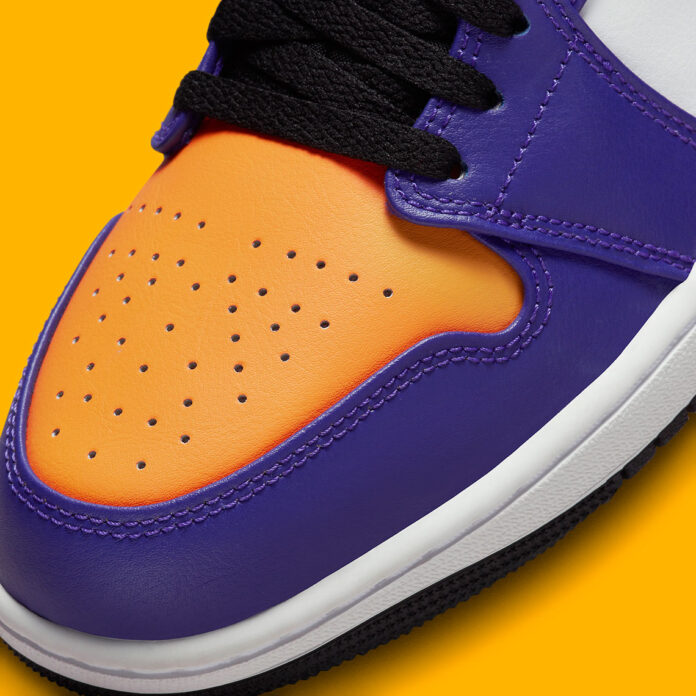 All eyes will be on the purple and gold this upcoming 2022-2023 NBA season, because there are too many storylines to pay attention to around the Los Angeles Lakers. How will LeBron James fare in his twentieth NBA season? What’s the future of Russell Westbrook? Can Anthony Davis stay healthy? Is Kentavius Caldwell-Pope a Top 3 player in the league?

Whether or not the Lakers are a championship contender or out of the playoff picture, Laker nation never fails to represent their team. Purple and gold will continue to be a mainstay in footwear, and we suspect this Air Jordan 1 Mid to be a wildly popular pick once it eventually hits stores later this season — especially considering the AJ1 Mid has yet to weaken in its mainstream popularity.

See a look at official images below and stay tuned for full release details.