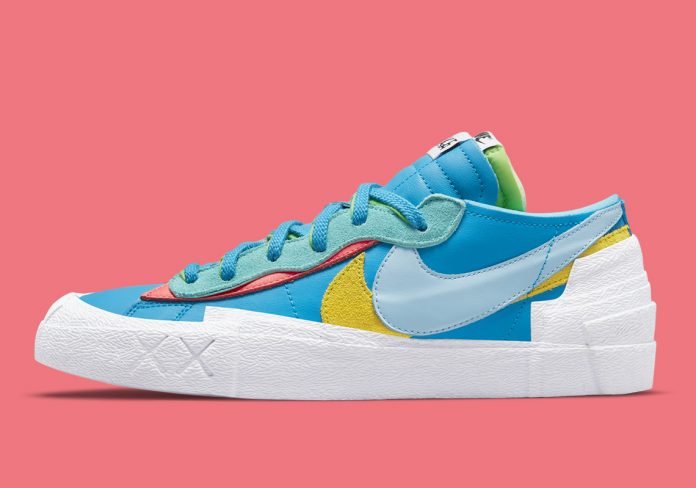 Revealed at the beginning of March, the three-way collaboration between KAWS, sacai and Nike on the Blazer Low model has recently emerged via official images, which suggests a release date is near.

While it’s difficult to pinpoint exactly who the project’s target audience is, the upcoming sneakers are the latest example of Chitose Abe promoting creatives she admires. Brian Donnelly (the artist known as KAWS) allows the Japanese designer’s now-signature design cues to shine, while his input onto the modified Nike Blazer arrives in the form of “XX” accents on the midsole near the lateral forefoot; tongue label; and sock-liner. The Brooklyn-based American artist surely also had a hand in the pair’s vibrant and mismatched blue, yellow, red and green colorway, although Abe has also demonstrated an affinity for statement-making color combinations.

Enjoy the first official look at the pair here below, and anticipate a Nike SNKRS launch in the near future.

For more swoosh-branded products, check out the Air Max 1, which celebrates its 35th anniversary in 2022.