OBJ Has A Message For The NFL Following Von Miller Injury 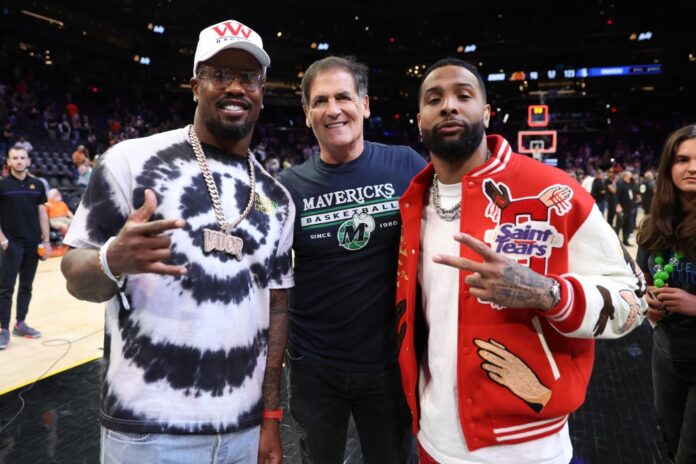 OBJ, fully known as Odell Beckham Jr., is currently watching NFL games from his home right now. In the Super Bowl, he suffered a devastating ACL injury, and since that time, he has been supporting various teams. One of those teams is the Bills, who have the talents of Von Miller.

Miller and OBJ played together on the Rams, so it makes sense that Odell has a connection to the star. Additionally, Miller has been trying to recruit Beckham Jr. to the Los Angeles Rams. Needless to say, these two are incredibly tight.

Unfortunately, Odell witnessed his friend injure himself during a Thanksgiving Day game against the Detroit Lions. Although some are saying it is only a knee sprain, Miller had to be carted off of the field. Subsequently, there was a lot of talk about how such an injury can be sustained.

Of course, Odell was watching the game at home, and he was stunned when he saw his friend go down. OBJ demonstrated this by going to Twitter, where he wished his friend well. Additionally, OBJ had some strong words for the NFL, as he said that something needs to be done about artificial fields.

“God plz watch over @VonMiller !!! Place your hands over him Lord. I ask that it not be anything too serious. I love u brother prayin hard!” Odell said. “GET RID OF TURF.”

God plz watch over @VonMiller !!! Place your hands over him Lord. I ask that it not be anything too serious. I love u brother prayin hard!

GET RID OF TURF.

This is a developing story, so stay tuned to HNHH for all of the latest news and updates. Additionally, let us know what you think of OBJ’s suggestion, in the comments below.