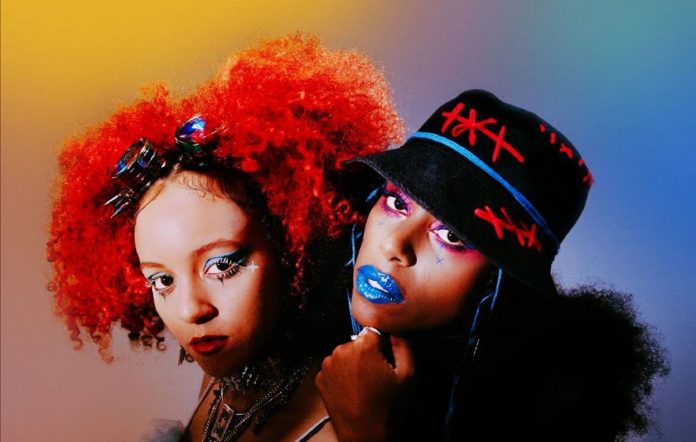 READ MORE: Nova Twins: “The massive surge of POC pop-punk and rock is an act of rebellion”

The track is the former NME cover stars‘ first new material since recently supporting Bring Me The Horizon on their POST HUMAN UK arena tour. You can listen to the track below.

Having entered a new partnership with Marshall Records, the duo recently said they are five songs into recording the follow up to 2020’s ‘Who Are The Girls?’.

“We’re definitely experimenting with things, and it sounds more like us than ever, in a way,” said Georgia South. “All those little details and the scrappiness of things, that’s what feels ‘Nova’. To stay DIY but to keep progressing, it’s cool to send a message that anyone can do it… Just get grafting, and you can make magic.”

“Our thing has always been that if you can’t play it yourself on guitar, drums and bass, it’s not going on the record,” added Amy Love. “We’re not saying that we’ll never go bigger, but for where we’re at with a second record, it’s nice to feel like it’s still a ‘come as you are’ kind of thing. We don’t want to say too much just yet, but trust us – when this album comes out, we feel like you’ll know about it!”

As previously announced the duo are due to hit the road for a UK tour in 2022. Before that they are set to join Sleaford Mods on their forthcoming tour.

Meanwhile, Tom Morello recently said Nova Twins are “one of my favourite bands” and they are “an incredible band who deserve to be huge,” in a new interview with NME.