HomeNewsNOISY on how they recovered their stolen gear in time for first...
News 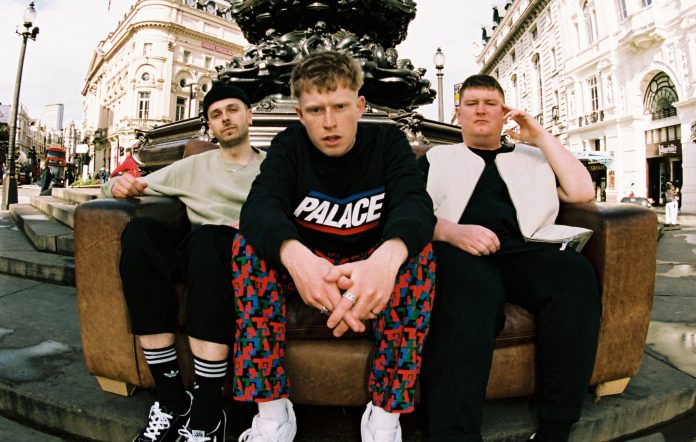 NOISY have told NME the “mental” story of how they retrieved all of their stolen live equipment ahead of their first UK headline tour. Read our interview with the band, where they also talk about upcoming track ‘Rock ‘n’ Roll Raver’, below.

With shows at Reading & Leeds and All Points East under their belt, the Worthing trio were scheduled to head out on tour across the UK supporting You Me At Six in September. That was, however, until disaster struck.

“We come to the day that we’re supposed to travel up for the Manchester show and [our tour manager] goes out to find the van just… not there,” producer/guitarist Spencer Tobias-Williams told NME.

Describing it as “the biggest shock ever”, the musician went on to hail NOISY’s fans and fellow musicians for helping them get back out on the road in just four days. “It was the most mental 48 hours ever,” guitarist Connor Cheetham recalled.

“Even bigger bands that we don’t really know heard about it on Instagram and messaged us offering help and stuff,” Cheetham continued. “Incredible. If this was a year or two ago we would have just had to stop. We’re lucky.

“You Me At Six actually told the crowd what had happened when we were meant to be playing and played our set through the PA.”

“We were pretty emotional when they sent us the video of that,” said Tobias-Williams.

Soon after the robbery, NOISY were alerted to an online retailer listing a guitar that looked remarkably similar to one of theirs. “It was put up for quite a lot of money so I thought, ‘Fuck it’ and messaged them,” Tobias-Williams told NME.

“I made a fake account, a fake name… nothing that could be tied back to us. And I just contacted [the seller],” he said, adding that he then made an offer to purchase the stolen instrument.

NOISY engaged in a back-and-forth, eventually agreeing to meet up to collect the guitar. “We set it up for a bunch of us to go down,” Tobias-Williams explained. “We go over and meet them and they pull the guitar out. And at the time, we get a few details about them.”

Having contacted the police, NOISY later re-connected with the seller to enquire about buying more equipment. “At this point, we’re like, ‘Oh my God!’” Cheetham told NME. “There’s pictures of everything.”

A negotiation followed, with the trio-turned-detectives subsequently hatching a plan to visit the seller’s address. “We’re like, ‘As if this is even happening. This is pretty mental’,” Tobias-Williams remembered.

NOISY set the wheels in motion. They hired a van and enlisted a security guard friend to accompany them to the address in question, acknowledging the potential dangers involved. “If anything happens, [security] can interject,” they said, “or can negotiate the situation somewhat.”

Making the seller aware that they were in possession of stolen equipment, the group warned they would be forced to contact the police unless they were able to take the gear back home.

“We start passing it out of the window of this house into the van. But we notice the drum kit isn’t there,” Tobias-Williams told NME. “We find out later that their partner has the rest of the items somewhere else. They were very apologetic; they didn’t realise the situation they were in or that the items were our livelihood. They were like, ‘I’m gonna help you get it back’.

“Eventually, we all come to an understanding. Then this car and an Uber just speed around and pull up. They open up and all of our gear is in these two cars. The two [sellers] are like, ‘Go for it’.”

Cheetham concludes: “We’re like, ‘Thank you for your cooperation. We really appreciate it’. And one of them goes, ‘Yeah but seriously, who leaves their stuff in a van?’.”

Now, NOISY have some advice for new bands on the road. “Never get too comfortable,” Tobias-Williams said. “This stuff is worth thousands and thousands of pounds. Treasure it.”

Cheetham ran through the “essential van tips” that he will abide by going forwards: “Always back up to a wall. Get a pedal lock. Get a steering wheel lock. And get some AirTags, the tracker things.”

NOISY told fans they may one day make a movie about the saga. Who would portray the band on the big screen? “I want Simon Pegg to play me, I love Simon Pegg.” replied frontman Cody Matthews. “Or a young Leonardo [DiCaprio].”

With the gear safely back in their hands, NOISY are due to begin their first-ever headline tour in London tonight (October 12). “We’re throwing everything at it,” Matthews told NME, teasing “bigger and better” sets boasting “new tunes” and fancy production tricks.

“It’s just gonna be a big celebration, that we’ve managed to do it,” he said. “Having some of these shows sold out already is insane. I never thought that we would be in this position. We’re feeling majorly blessed.”

One of NOISY’s upcoming new songs is called ‘Rock ‘n’ Roll Raver’, an “Oasis-y” anthem with a “big singalong festival chorus”. “It’s a bit of a different direction for us,” Matthews told NME.

“We’re just having fun. As the pandemic’s happened I don’t think you have to take things as seriously anymore. You’ve got to take risks. We’re just chucking music out, playing as many shows as possible and building a fan base.

Can the band envisage reaching such supernova heights as the aforementioned Gallagher brothers?

“We live for playing live,” Matthews replied. “We wanna headline Reading & Leeds and Glastonbury one day. That is where we wanna be as a band. To do that you need these kinds of songs I think, so we’re just smashing them out. We’re ready to go and just don’t want to stop.”

The post NOISY on how they recovered their stolen gear in time for first UK headline tour appeared first on NME.