HomeNewsNoel Gallagher on how “embarrassing” it was for Oasis to be compared...
News 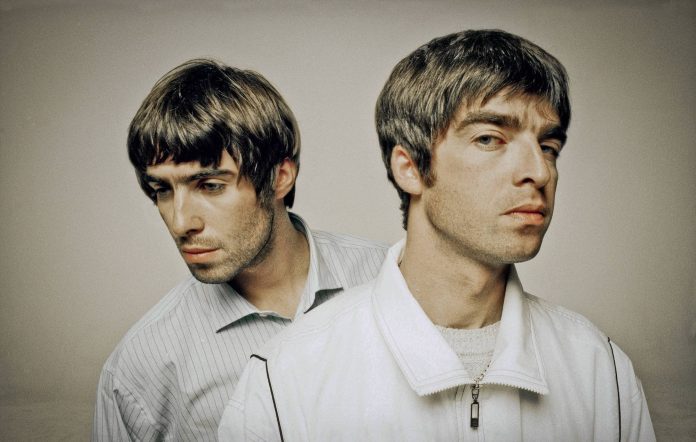 Noel Gallagher has recalled how “embarrassing” it was for Oasis to be compared to The Beatles.

The iconic Manchester band made no secret of the Fab Four’s influence on their music and fashion sense. After releasing their hugely-successful first two albums – ‘Definitely Maybe’ (1994) and ‘(What’s The Story) Morning Glory?’ (1995) – Noel claimed the group was “bigger” than The Beatles. (He said years later that he was “high” when he made the comment).

In 2016, Liam Gallagher said “what [Oasis] did in three [years] took the Beatles eight”. Oasis also incorporated a sample of John Lennon‘s voice into the ‘Dig Out Your Soul’ track ‘I’m Outta Time’, which NME said “floats along on psychedelic Beatles waves”.

During a recent preview screening of The Beatles: Get Back, Noel Gallagher said: “When Oasis started, we were so big we were compared to [The Beatles] size-wise and musically, embarrassingly, compared to them as well (via Music-News.com).

“[It’s embarrassing] because we weren’t as good as them.”

Elsewhere in the conversation, Noel said that The Beatles “mean everything to me”. “They’ve definitely got the best tunes, hands down,” he added. “In my record collection, they’ve got the greatest tunes by far.”

Directed by Peter Jackson, The Beatles: Get Back will premiere on Disney+ in three parts on November 25, 26 and 27.

Meanwhile, footage has been released of Oasis performing ‘Wonderwall’ during their landmark Knebworth shows in 1996. It comes from the recent 25th anniversary concert film Oasis Knebworth 1996.

Liam Gallagher is set to return to Knebworth for two headline shows next June in support of his forthcoming third solo album, ‘C’MON YOU KNOW’. The record is set to arrive on May 27, 2022.

The post Noel Gallagher on how “embarrassing” it was for Oasis to be compared to The Beatles appeared first on NME.