HomeNewsNLE Choppa’s Ex Girlfriend Speaks On Their Relationship After Breakdown, Says He...
News

NLE Choppa’s Ex Girlfriend Speaks On Their Relationship After Breakdown, Says He Still Loves Her 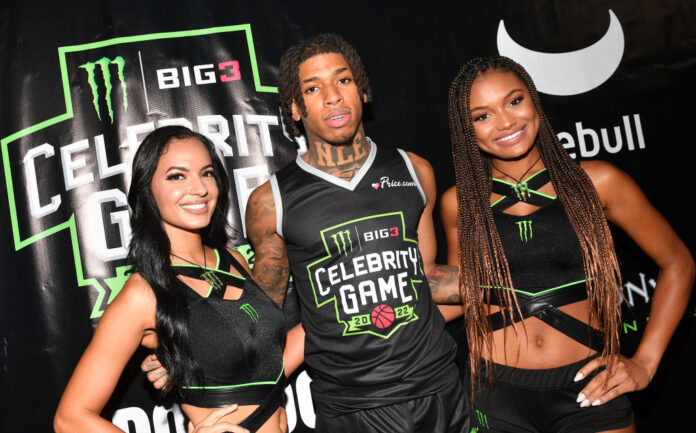 Rapper NLE Choppa is currently seeing his breakup with ex Marissa Da’Nae play out in real time for social media fans. She broke down on Instagram a couple of weeks ago lamenting the split, which prompted Choppa to respond and say he doesn’t see himself being loyal to her. After the incident, Marissa’s returned to the Gram to address some of the comments people threw her way.

Marissa first wanted to talk to the people that are putting her down about the break-up, stating that there’s another side to the story that explains her emotional state. She went on to affirm the “Shotta Flow” rapper’s love for her and said she won’t pay the criticisms any mind.

“These comments like, ‘How does it feel to be dumped’ or ‘broken up’…” she said. “It doesn’t matter what y’all say, that man loves the hell out of me. He’s crazy about me. So I don’t know what to really tell you. Can’t really hurt my feelings.”

She continued, “One day, whenever I tell my story, you’ll be able to understand why I was so emotional and what I was going through. But until then, I really don’t care.”

Many in the comments just encouraged Marissa to live her life and move on, whether they thought it was necessary to let fans know or not. A lot of people, though, are commenting on an audible stomach growl towards the end of the clip. Hungry for love, surely, but a lot of people linked it to Choppa.

We’re sure this isn’t the end of their story, as Marissa said she “loves hard.” Stay tuned to HotNewHipHop for the latest updates on this relationship drama.