NLE Choppa Wants Licking Armpits To Be Normalized During Sex 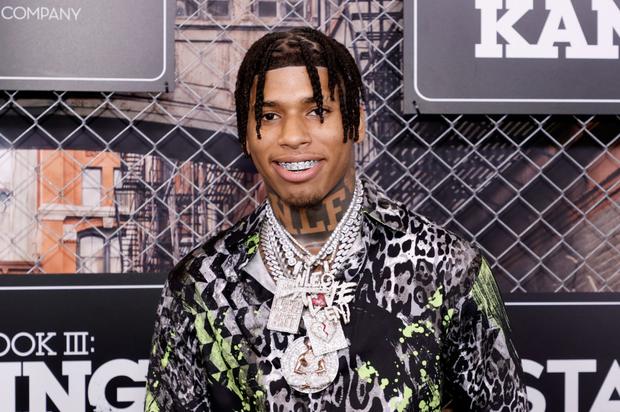 It’s no secret that 19-year-old NLE Choppa knows how to raise eyebrows, and earlier this week the rapper did just that with some controversial posts shared on his Twitter page, followed by an interview with TMZ during which he doubled down on his bedroom antics.

“I lick my girl armpits, all that. Imma real freak,” he tweeted on August 16th. “My saliva yo deodorant.”

Minutes later, in another post, Choppa continued, “I put my tongue in that ear too. She don’t need a Q-tip, I’M THE Q-TIP.”

While some were stunned by what the Memphis native had to say online, some people assumed he was just trolling and couldn’t possibly be serious. When reporters caught up with Bryson Potts on Friday (August 19) at LAX, though, he was happy to clarify.

“I mean, it was just a thing like, boom, okay, she’s fresh out the shower. If you love your person, I feel like your mouth would touch any space on that person’s body. I mean, people be eating ass!”

He continued, “People [have] normalized eating ass, but when I say something about armpits, ‘Oh, that’s crazy. That’s disgusting.’ So you know what, man? I just do whatever for now.”

NLE Choppa explained that he enjoys being able to pleasure his partner in a way that she hasn’t been before. “It just shows your love,” he told TMZ.

Elsewhere in the same interview, the “Shotta Flow” hitmaker shared his thoughts on the ongoing rapper face-tat boom, following the likes of Cardi B and Drake, who recently got a small piece beneath his eye, dedicated to his mother – read more about that here, and tap back in with HNHH later for more pop culture news updates.

Why Odell Beckham Jr. teaming up with Lamar Jackson in Baltimore might make sense 👀 KJM