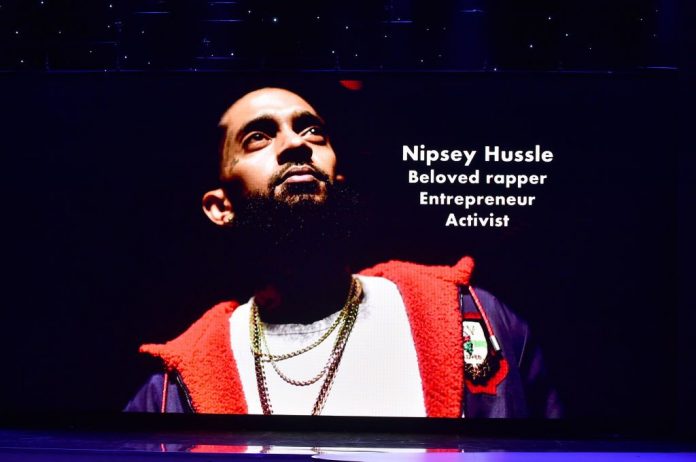 Nipsey Hussle’s brother Samiel Asghedom aka Black Sam has filed documents to combat those who are bootlegging Marathon Clothing.

When Nipsey Hussle tragically passed away in 2019, long-time fans and new fans were left looking for ways to connect to Nipsey and what he represented to cope with the enormous loss. Many turned to his music and his streams reached record highs, while others turned to his Marathon Clothing, which sold out before anyone could even process what had happened.

His clothing brand has gone on to be something that is constantly growing year after year. Unfortunately, with the success also comes the greedy who seek to only profit from the fans trying to cope with the loss. Knock off Marathon gear is flooding eBay, Etsy, Amazon, and most importantly the streets. Nipsey’s brother and administrator of his estate, Samiel Asghedom, is seeking to combat those trying to profit from his deceased brother.

The estate owns several trademarks for clothing including “Crenshaw” and his brother has identified several websites trying to use loopholes to generate revenue. In court filings, he wants a judge to hand over the domains and proceeds from those in question. Specifically two operations one in china and another targeting sales to Illinois residents that promoted the entire lawsuit.