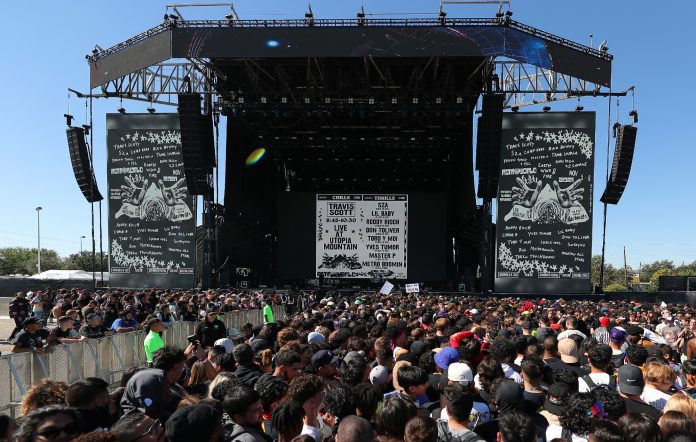 Ezra Blount, the nine-year-old who was injured at Travis Scott’s Astroworld Festival and subsequently placed in a medically induced coma, has died.

Blount, who became a fan of Scott through the rapper’s appearance in Fortnite, attended the festival with his father earlier this month. The pair were reportedly caught up in a “mass-casualty” crowd crush that injured hundreds and led to 17 people being hospitalised.

Once Scott’s headline set began, Blount was reportedly knocked to the ground and trampled while his father fell unconscious. The boy was eventually taken to hospital and placed in a medically-induced coma, following critical injury to major internal organs, including his heart, brain, kidney and liver.

Ezra died the evening of November 14. His passing was announced by Houston mayor Sylvester Turner, reports the New York Times. “Our city tonight prays for his mom, dad, grandparents, other family members and classmates at this time,” he wrote. “They will need all of our support in the months and years to come. May God give them strength.”

I am saddened to learn of Ezra’s death this evening. Our city tonight prays for his mom, dad, grandparents, other family members and classmates at this time. They will need all of our support in the months and years to come. May God give them strength. RIP Ezra. st #AstroWorld pic.twitter.com/Ankq7FMa3l

Ben Crump, who is one of the attorneys representing the boy’s family in a lawsuit against Scott and Live Nation, among other Astroworld organisers, issued a statement earlier today (November 15).

“The Blount family tonight is grieving the incomprehensible loss of their precious young son. This should not have been the outcome of taking their son to a concert, what should have been a joyful celebration,” Crump wrote in a statement.

“Ezra’s death is absolutely heartbreaking. We are committed to seeking answers and justice for the Blount family. But tonight we stand in solidarity with the family, in grief, and in prayer.”

NEWS ALERT: @AttorneyCrump, co-counsel Alex and Bob Hilliard, and Paul Grinke have issued a statement expressing deep condolences for the death of Ezra Blount, a 9-year-old who was trampled and catastrophically injured at the Astroworld Festival. pic.twitter.com/GInPXgjfg3

With Ezra’s passing, the number of deaths resulting from the Astroworld Festival tragedy has climbed to 10.

Ezra’s father Treston had made his first public statement about the incident over the weekend, saying in an interview with ABC13: “Just to see him in that condition… I just wasn’t ready for that…It was like a horrified [sic] movie.”

The Blount family have filed a negligence lawsuit against Travis Scott and Live Nation Entertainment, alleging improper crowd control and failure to provide proper medical attention, which they say “contributed to Ezra’s death”.

The lawsuit also names Scoremore Management, Cactus Jack Records and others as defendants.

Last week, Travis Scott’s team released a statement asking families of Astroworld’s victims to get in touch via email. Representatives say Scott is “distraught by the situation and desperately wishes to share his condolences and provide aid” to those affected.

In a statement previously provided to ABC News, Live Nation said it was cooperating with authorities and will “address all legal matters at the appropriate time”.