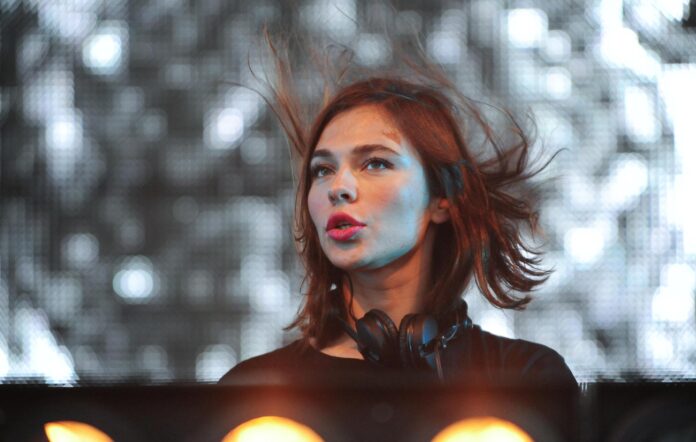 Nina Kraviz and her трип (Trip Recordings) label have been dropped from Clone Distribution after its founder alleged that she harbours “pro-Putin” views.

READ MORE: Nina Kraviz – Why my festival return at EXIT Festival 2021 was so special

The Russian DJ hasn’t spoken publicly about Russia’s war against Ukraine except for posting a video in February of a handwritten note with the word “peace” written in Russian.

NME has contacted Kraviz’s representatives for comment about the allegations.

Clone Recordings founder Serge Verschuur outlined the decision in a blog post last week (May 12) in which he criticised Kraviz for her alleged “pro-Putin” views and “CCCP/USSR sentiments”, claiming that she is “using Putin’s law as an excuse not to speak out”.

In a recent article, Time magazine collected responses from several prominent members of the electronic music scenes in Ukraine and Russia, including the Ukrainian DJ Nastia and the Russian DJ Buttechno, who have also criticised Kraviz’s apparent “silence” and asked her to provide clarity about her views on Russian President Vladimir Putin and the war.

But Kraviz’s defenders have argued that the DJ has no involvement with the war in Ukraine and that freedom of speech includes the freedom to say nothing at all. A representative for Kraviz did not respond to Time‘s request for comment.

Supporters in the Time article also cited Russia’s recently introduced laws that forbid anti-war protests, slogans and independent journalism, as well as the potential threats that come with being a Russian dissident.

In Verschuur’s blog post he wrote that he supports Kravitz’s right to remain silent, but added that it puts an end to their business relationship.

“Let me be very clear about the fact that it is her right to do so. She is free to stay silent, and of course she is allowed to keep her political views to herself and to live her life as she wishes. She may well have her personal reasons to justify that behaviour, but as a business partner Clone Records is equally free to not conveniently accept those reasons,” he wrote.

“By not speaking out, Nina enables herself to continue her lifestyle and her life as a performing artist as if nothing is happening, while the looting, the raping, the murdering and the destruction of a country by her countrymen continues.”