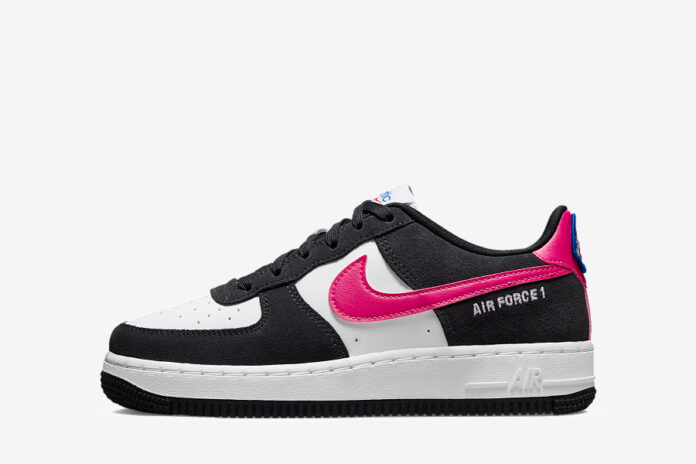 NIKE, Inc. has been teasing pairs of a retro-inspired “Athletic Club” collection for a few months now. And with no official release date in sight, the lineup is expanding with yet another kid’s-exclusive Nike Air Force 1 Low.

Primarily covered in simple “White” and “Off-Noir,” the upcoming sneakers boast a vibrant “Pink Prime” tone across their profile swooshes and spine area, with the latter placement also donning a patch related to the “Athletic Club” theme. Rich blue contrasts the aforementioned color palette, harkening back to the wellness communities that popped up during the fitness boom of the 1980s; the choice in font also adds to the “walk down memory lane.” Underfoot, Bruce Kilgore’s Air Force 1 maintains its standard sole unit, covered in a simple two-tone style.

Enjoy product shots of the pair ahead, and anticipate a stateside Nike.com launch soon.

Elsewhere under the NIKE, Inc. umbrella, the Air Jordan 6 “UNC” has recently emerged via official images.