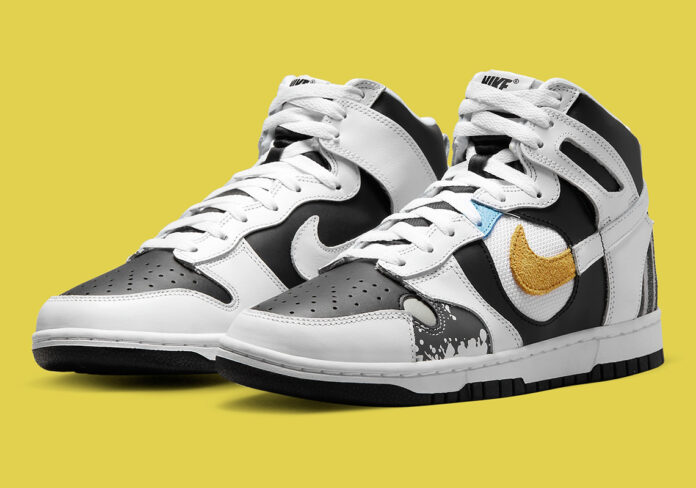 Nike is constantly dismantling and reconstructing their most beloved silhouettes, tweaking icons like the Air Force 1 and Dunk Low far past recognizability. And though not quite as extreme as some of these instances, this Dunk High comes from a similar place, as the Swoosh has spliced together various, randomly-selected pieces for its construction.

The Dunk High “Reverse Panda” serves as the base for the brand’s experiments. And despite the sizable changes to its design, the original colorway is still discernible as the toe box, tongue, and entire medial are devoid of any modifications. In contrast, the lateral side features various incisions along the forefoot, mid-panel, and heel; the removed sections of these fixtures are then filled in with parts from completely different releases, which feature everything from paint-splattered leathers to zebra-patterned suedes.

At the time of writing this, no release date has been revealed just yet. As we await more details, take a look at the pair via the official images below.

In other news, the release of the Air Jordan 1 Lost And Found is coming up fast.