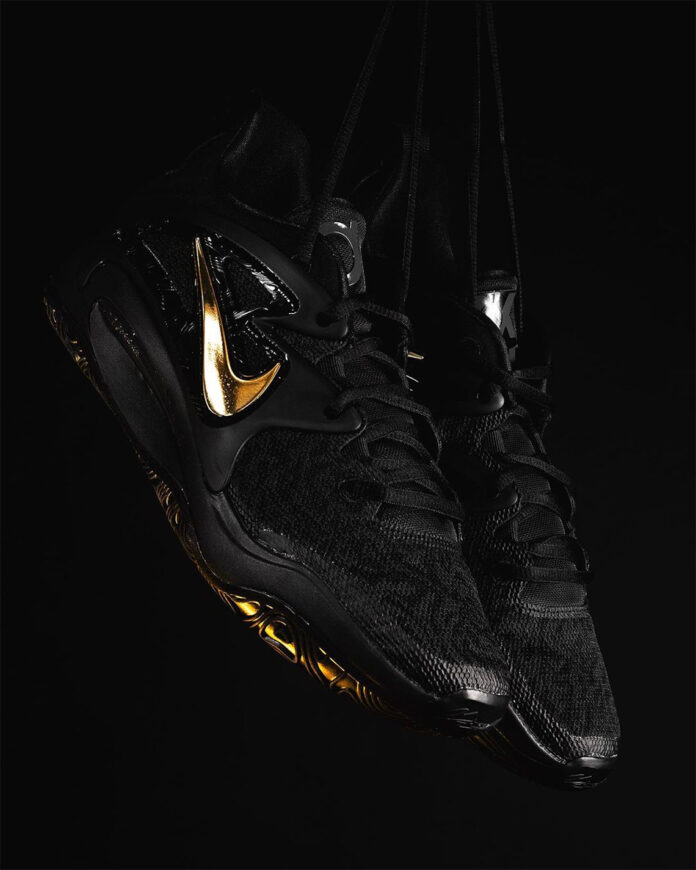 In 2017 Phil Knight received an 80th birthday present like no other, as The Swoosh invited 16 of their sponsored men’s and women’s basketball programs to Portland during Thanksgiving weekend for the Phil Knight Invitational and Legacy Tournaments. Set for its third installment starting tomorrow, Duke, North Carolina and Michigan St. headline both brackets, but its Oregon that will be bringing the heat to the Moda Center after unveiling today their on-court lineup of PE’s designed specifically for the weekend.

Continuing the long-standing tradition of hooking up his alma mater with exclusive uniforms and on-court propositions, the Ducks recently unveiled slate of offerings for the tourney have enlisted the Nike KD 15, Zoom Freak 4 and Zoom GT Cut 2 through a pitch-dark lens adorned with luxurious detailing.

Each pair indulges in a near-clad black outfit across its upper, rendering a monochrome aesthetic through matching laces, its tongue construction and sock liner. Murdered out signature logos appear in their typical arrangement too, while the founder’s initials lay claim to the adjacent tongue tab, marking the special edition silhouettes. Elsewhere, each pair chooses to proffer a premium golden embellishment in matching fashion, anchoring its titular midfoot Swooshes in tandem with the entirety of the reflective tread underfoot.

While the specially tooled pair’s won’t be released to the public – having been crafted exclusively for the tournament – enjoy official images of each offering for the Oregon Ducks below.

For more from the Beaverton-based brand, check out the highly-anticipated Air Jordan 11 “Cherry” ahead of its release next month.