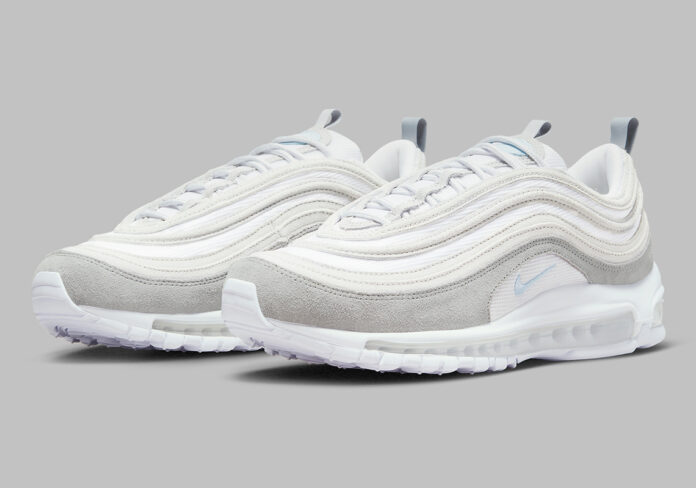 Nike appears to be pointing to the countries of the Far East and the early 2000s with an upcoming capsule of Nike Sportswear footwear releases. Off the heels of the croc-skin covered Air Trainer 1 “TYO 03”, Nike now points to South Korea with a special pair of Air Max 97s.

The upper sees an elegant mix of pure platinum and wolf grey with touches of light blue accounts around the shoe. The outsole and Air bag are a monochromatic white, adding to the angelic and soft touch. However, the heel-tabs feature 나이키, the Korean phonetic spelling of Nike, and the year 2002 embroidered onto the heel-tabs. It’s not entirely clear what Nike has planned, but there could be more Asian countries involved in a larger collection of footwear releases.

Catch the official images ahead and stay tuned for release details.