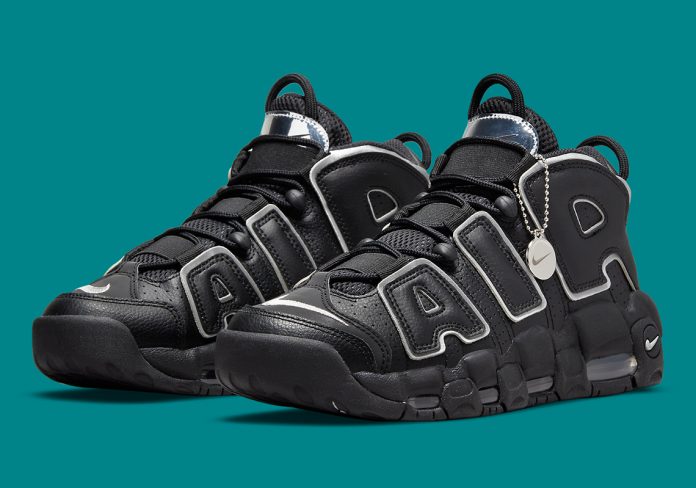 2020, despite being one unfortunate event after another, was not entirely bereft of silver linings. In sneaker culture’s case, we saw a number of exciting returns — and among them, the Air More Uptempo stands tall. Here, the silhouette makes yet another comeback, this time adding silver metallic details and charms to an adult size.

At a quick glance, the pair is reminiscent of the OG, sporting a near identical color blocking. Black is used heavily across both leather and mesh, while also dressing the midsole, pull tabs, and laces. Silver metallic accents are then applied atop, not only outlining the bubble lettering at the sides but also the toe’s embroidered Swoosh, the mirror-finished panel at the tongue, and the heel’s jewel adornment. Additionally, the package is accompanied by a matching pendant whose iridescent branding echoes the insole’s own eccentric text.

Enjoy an official look at this Air More Uptempo below and sit tight as we await further release details.