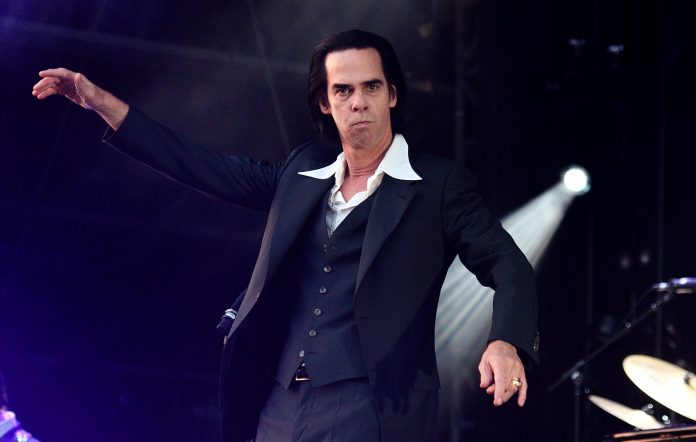 Nick Cave & The Bad Seeds have shared a new live version of their 2013 track ‘Push The Sky Away’, which was recorded with the Melbourne Symphony Orchestra – listen to it below.

The song, which was recorded live in 2019 as part of the ‘Film Music – Nick Cave & Warren Ellis’ event at the Hamer Hall in Melbourne, will appear on the band’s ‘B-Sides & Rarities Part II’ album which is set to come out on October 22.

“I never had more fun on stage than with the MSO…” Cave said of the experience, while Warren Ellis called the event “one of the best shows of my life”.

Listen to the new live version of ‘Push The Sky Away’ with the Melbourne Symphony Orchestra below:

The upcoming compilation album, compiled by Nick Cave and Warren Ellis, is the follow-up to 2005’s lauded ‘B-Sides & Rarities’ album. The record features 27 rare and unreleased tracks from 2006-2020, including the first recordings of ‘Skeleton Tree’, ‘Girl In Amber’ and ‘Bright Horses’.

Set for release on double vinyl, double CD, deluxe double CD and all digital platforms on October 22, ‘B-Sides & Rarities Part II’ was previewed in August by the release of the 2006 song ‘Vortex’, while a ‘Ghosteen’-era outtake called ‘Earthlings’ was shared last month.

Speaking about the new album, Cave said: “I always liked the original ‘B-Sides & Rarities’ more than any of our other albums. It’s the only one I’d listen to willingly. It seems more relaxed, even a bit nonsensical in places, but with some beautiful songs throughout. There is something, too, about the smallness of certain songs that is closer to their original spirit.”

Nick Cave and Warren Ellis are currently on a UK tour in support of their joint lockdown album ‘CARNAGE’, which came out in February.

The post Nick Cave & The Bad Seeds share live version of ‘Push The Sky Away’ with the Melbourne Symphony Orchestra appeared first on NME.