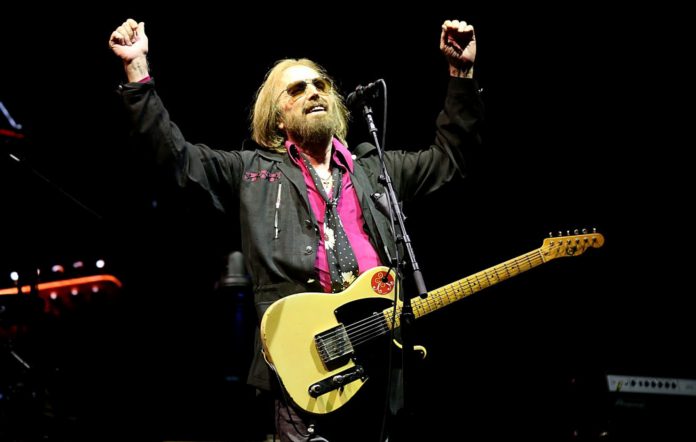 A new documentary on the making of Tom Petty And The Heartbreakers‘ 1994 album ‘Wildflowers’ has been shared.

Tom Petty – ‘Wildflowers & All The Rest’ review: 10 ‘new’ songs honour the wishes of an all-time great

Tom Petty: Somewhere You Feel Free – The Making of Wildflowers, which you can watch below, is based around a collection of 16mm archives that weren’t discovered until last year.

It follows the late icon from 1993 to 1995 during the making of his landmark album, which was produced by Rick Rubin and features new interviews with Heartbreakers guitarist and album co-producer Mike Campbell, keyboardist Benmont Tench and more.

The documentary premiered at the Sundance Film Festival in March before winning the festival’s coveted Audience Award as well as the prize for Best Documentary Film at the Boulder Film Festival a few months later.

An expansive retrospective of the album – ‘Wildflowers & All The Rest’ – was released in 2020.

It featured up to 16 alternate takes, long cuts, and jam versions that didn’t make it on the original LP.

‘Finding Wildflowers (Alternate Versions)’, which was part of the package, was also recently uploaded to streaming services.

Meanwhile, a special 25th anniversary version of Tom Petty And The Heartbreakers’ soundtrack album for Edward Burns’ 1996 film She’s The One was released over the summer, with four previously unheard songs included.

The unreleased tracks included ‘One Of Life’s Little Mysteries’, written by Tom Petty; ‘Thirteen Days’, a JJ Cale cover; ‘105 Degrees’, another Petty original; and ‘French Disconnection’, an instrumental in the same vein as those on the original album. An extended version of ‘Supernatural Radio’ was also included.

Tom Petty’s widow Dana Petty said of the album: “These songs are extremely special. I am grateful this record is getting the recognition it deserves. The remix Ryan Ulyate did sounds amazing, and the unreleased gems are a lovely bonus. Annakim, Adria, and I took a lot of time finding artwork that reflects the mood of the album.

“I think we finally achieved that with Alia Penner’s work. It is surreal and beautiful, just like life during that time.”

The post New Tom Petty documentary about the making of ‘Wildflowers’ has been shared appeared first on NME.