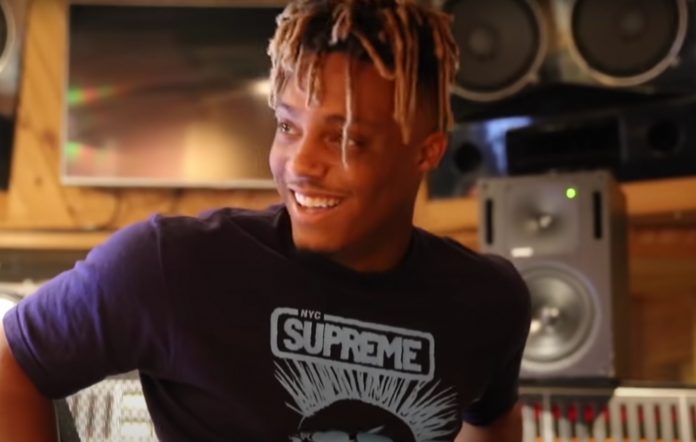 ‘Fighting Demons’, a new posthumous album from Juice WRLD, is set to be released next month.

The announcement of ‘Fighting Demons’, out on December 10, came via a trailer posted to YouTube, showing archival footage of the late rapper – real name Jarad Higgins – on tour, and a voiceover of him speaking about mental health issues.

The trailer is also soundtracked by a new cut titled ‘Already Dead’, which arrived today (November 12). The release of the song was teased last month, with Lil Bibby announcing its release date after fans have waited years for the song’s release.

Listen to ‘Already Dead’ in full below.

The trailer for ‘Fighting Demons’ opens with text that reads: “You are not your struggles. Addiction, anxiety, depression do not define you.”

“There was never really no filter in my head,” Juice can be heard saying in the trailer. “Music kinda helps the situation pass. I have detachment – pretty much you feel detached from yourself all the time.”

“Me talking about certain things could help somebody else through what they’re going through. If you feel like you could have anxiety and depression, they’re going to look at you like you’re crazy. That’s not how things should be, but that’s how it is, and that needs to change.”

Watch the full trailer below.

The album announcement also quashes the rumour that the next posthumous release from the rapper, who died in late 2019, would be titled ‘The Party Never Ends’. It’s unclear whether this album was renamed, or is something separate.

It was previously reported that the next posthumous release from Juice WRLD would be the first instalment of a trilogy, following the release of his first posthumous album ‘Legends Never Die’ last year.

Back in May of this year, two new songs of Juice WRLD’s were shared to commemorate the third anniversary of his 2018 debut album ‘Goodbye & Good Riddance’.

Higgins will also be the subject of a forthcoming documentary titled Juice WRLD: Into The Abyss. Set to air on December 16, the film will close out a series of music documentaries titled The Music Box, airing exclusively on HBO Max.